Assembly elections are to be held in Gujarat in the first week of December. Before this, political allegations and counter-allegations are gaining momentum. Addressing a rally in Surendra Nagar, Prime Minister Modi retaliated on Madhusudan Mistry’s ‘aukat’ statement. He also compared Mistry’s statement with Mani Shankar Aiyar’s statement of 2017. He said that earlier he was also called the merchant of death and the worm of the sewer. Let us tell you that the statement of death was given by Rahul Gandhi. Something similar happened in 2017 as well. Congress was overshadowed by Mani Shankar’s ‘vile’ statement. This time the rival of BJP is not only Congress. The Aam Aadmi Party is already ready to make a dent in the votes of the Congress. In such a situation, if Madhusudan Mistry’s statement becomes an election issue, then it can cause a big loss to the Congress.

How did the word ‘aukat’ come about?

While releasing the manifesto of the Congress party for the Gujarat elections, Madhusudan Mistry had made an outmoded comment on the Prime Minister. He had said that Modi will be shown his worth in the Gujarat elections. This statement was opposed earlier also but Prime Minister Modi made it his political weapon. It was mentioned in the Congress manifesto that if the Congress government is formed then the name of the Narendra Modi Stadium will be changed.

Prime Minister Narendra Modi exaggerated Madhusudan Mistry’s statement during the rally. He retorted and said, Congress says that they will show their status. He is from the royal family, I am from a common family. I am a servant of the public. What did the Congress leaders not tell me, he said. Where is the worm of the dirty drain, where is the mean. We don’t have the status, but let’s talk about development. Today Gujarat is climbing new steps of development. Airplanes are being made here. The Prime Minister said, Congress does not talk about development. She says that Modi will show his status. This is arrogance. Arey, I am a servant, a servant, does a servant or a servant have any status?

How was Congress harmed by Mani Shankar’s statement? 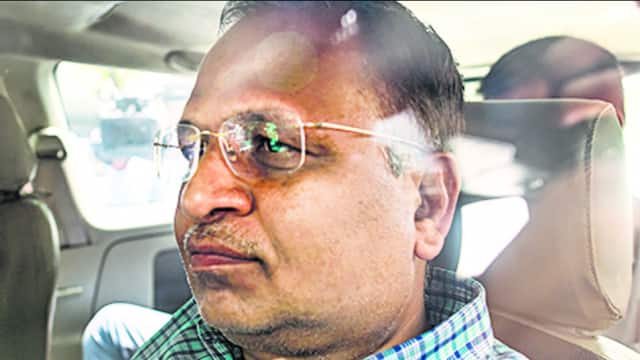