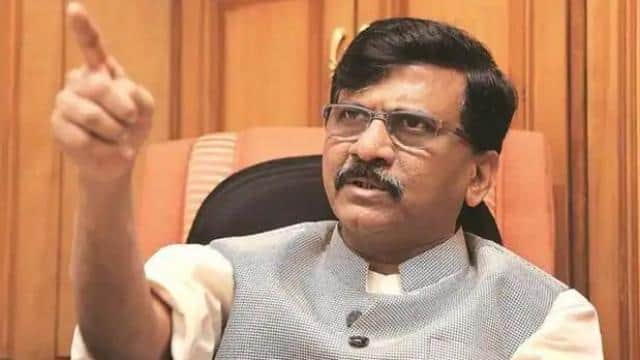 Politics continues in Jammu and Kashmir on the statement of PDP President Mehbooba Mufti not lifting the tricolor and implementing Farooq Abdullah’s Article 370. Shiv Sena MP Sanjay Raut has demanded action against Mehbooba Mufti and Farooq Abdullah for opposing the Tricolor and the statement regarding enforcement of Article 370 in Kashmir with the help of China. Sanjay Raut appealed to the Central Government that if anyone is prevented from hoisting the tricolor, it should be considered as treason.

According to news agency ANI, Shiv Sena leader Sanjay Raut said, “If Mehbooba Mufti, Farooq Abdullah and others want to implement Section 370 in Kashmir with the help of China, then the central government should take strict steps. If any person who wants to hoist the tricolor in Kashmir is stopped, I consider it ‘treason’. ‘

If Mehbooba Mufti, Farooq Abdullah & others want to impose Article 370 in Kashmir with help of China then central govt should take strict steps. If any person who wants to unfurl tri-color in Kashmir is stopped, then I consider it as ‘Rashtra droh’: Shiv Sena leader Sanjay Raut pic.twitter.com/mhqzLHlI2V

Actually, Mehbooba Mufti had said in the past that I will not raise any flag other than Jammu and Kashmir. Mehbooba Mufti said that when our flag comes back, we will pick up that flag as well. But until our own flag is returned, we will not carry any other flag in our hands. Mehbooba was in custody since most of the provisions of Article 370 of the Constitution granting special status to Jammu and Kashmir were abolished in August last year. Talking to the media for the first time after his release, he said that he was not interested in contesting the election personally until the former state flag and the constitution were restored.

At the same time, Farooq Abdullah said in a conversation with a TV channel, “As far as China is concerned, I have never called the President of China here. Our Wazir-e-Azam (Prime Minister) called him in Gujarat, made him sit on the swing, took him to Chennai too, fed him a lot there too, but he did not like it, and he told Article 370 that we should Do not confess. And unless you restore article 370, we are not going to stop, because now you have got this open matter. May Allah help our people with this thrust and Articles 370 and 35A be restored. ”