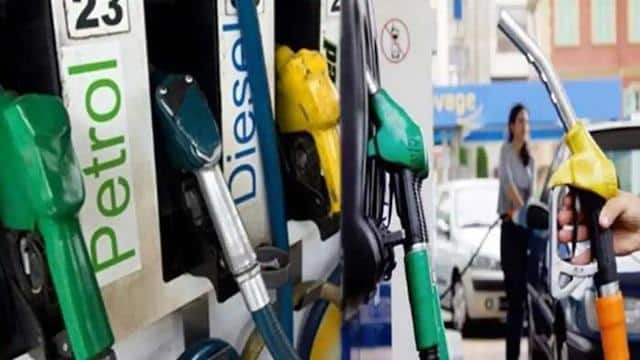 The rise in the price of crude oil in the international market is impacting the domestic market. There has been no change in the price of Petrol Diesel on Friday. Petrol price in the national capital Delhi increased by 23 paise to Rs 84.20 per liter on Thursday, the highest level ever.

Energy experts say that crude oil could reach $ 58 per barrel in the coming days. If this happens, the price of petrol and diesel may increase by Rs 5-6. However, a major relief can also be achieved soon on petrol prices which have reached record levels. The Petroleum Ministry has recommended the government to give relief on high petrol and diesel prices. The Ministry has said that the public can be given great relief by cutting excise duty. If this happens, the price of petrol can come down to Rs 5 per liter.

Anuj Gupta, deputy vice president (commodity and research), Angel Broking, told Hindustan that crude oil has crossed the $ 50 mark due to the start of vaccination and demand in the world. Crude oil could reach $ 54 to $ 58 per barrel by the end of this month or next month. Crude oil can reach $ 65 a barrel by the middle of this year if it crosses the $ 58 level. If crude oil crosses $ 58, then the price of petrol in the domestic market may increase by 6 to 8 rupees. There may also be a big jump in diesel.

Problems will increase from the government to the common man

The RBI has maintained a flexible stance in monetary review to revive the country’s economy from Corona. That is, there is a possibility of a cut in the repo rate, which would have made it cheaper to take a loan, but now the oil fire can spoil the mathematics of RBI. Inflation will increase as petrol and diesel are expensive, which will be the first challenge of RBI Governor Shaktikanta Das. In this difficult situation, to increase demand, RBI will have to think in a new way.

Market demand will be difficult to increase

Inflation will increase due to fuel costs. Freight will increase due to diesel being expensive. This will increase expenditure from common man to industry. Higher inflation, coupled with reduced earnings from Corona, will create a hurdle in market demand. In this situation, it will be difficult to increase the demand which will slow down the economy.

Government will have to change the budget

The common man facing an income cut from the Corona crisis will have a double whammy of increasing the price of petrol and diesel. According to a report, the common man spends 17 per cent of his daily income on fuel. Due to increase in fuel prices, the budget of the house of the common man will deteriorate. Also, the effect of rising inflation will also be there.

Two months relief is not expected

Energy expert Narendra Taneja told Hindustan that the common man is not expected to get relief in the next two months due to the increased prices of petrol and diesel. This is because the central or state government is not in a position to cut tax because the income of the government from Corona has been badly affected. In such a situation, there is absolutely no hope of getting relief in the next two months.

In a survey conducted by the local circle, 69 percent people of the country want the government to cut excise duty to give relief from the increased prices of petrol and diesel. It is worth noting that the central government levies excise duty on petrol at Rs 32.98 (125% of base price). At the same time, Delhi government charges 19 rupees (72% of the base price) on Value Added Tax (VAT) on petrol. Diesel is charged the same amount in taxes.

The rise in prices comes after the meeting of Petroleum Exporting Countries (OPEC) Plus. In this meeting it has been decided to produce for February and March 2021. In December, OPEC Plus decided to reduce the production of crude oil by 5 lakh barrels per day from January. OPEC said in its statement, it was decided in the meeting that the production has to be gradually moved to 2 Mb / d. Its pace will be decided based on the market situation.

83 policemen injured in farmers’ nuisance in Delhi, attempt to climb tractor on DCP

IND vs AUS: India got a big shock, Ravindra Jadeja out of T20 series

John Abraham injured during shooting of Satyamev Jayate-2 in Varanasi

After meeting with farmers, Agriculture Minister said, will remove doubts on MSP, farmers are adamant on withdrawal of law