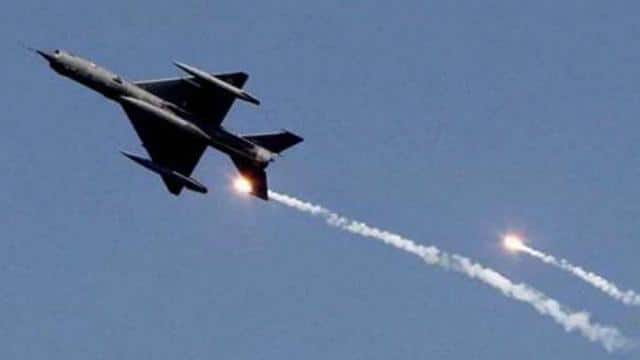 While confessing the embarrassing truth to Pakistan, former Pakistan diplomat Aga Hilali has said in a TV show that 300 militants were killed in Balakot Airstrike. On 26 February 2019, the Indian Air Force bombed Jaish-e-Mohammed’s hideout. The confession of the former diplomat who favored the Pakistani Army in TV debates is contrary to Pakistan’s claim that it has not been harmed by the airstrike.

After the Indian Air Force attack on the training camp of the terrorist organization Jaish-e-Mohammed in Balakot, Pakistan said that while trying to save its face, only a few trees were damaged in the Airstrike. He denied the presence of the slain militants. India carried out the Airstrike in response to the attack on the CRPF convoy in Pulwama district of Kashmir. 40 CRPF personnel were killed in the Pulwama attack. Jaish-e-Mohammed, a Pakistan-based terrorist organization, claimed responsibility for the attack.

Further Hilali said, “India crossed the international border and took war-like action in which 300 people were reported killed. Our target was different from them. We targeted their high command. This was our legitimate goal as he was an army man. We accepted that one surgical strike — a limited action — did not result in any casualties. Now we told them, whatever they do, we will only do so and will not move forward. ”Hilali was speaking in a debate on a Urdu channel in Pakistan.

The former Pakistan diplomat has made this revelation after the confession of Muslim League-N leader Ayaz Sadiq in the country’s parliament in October 2020, in which he said that after Balakot Airstrike, Pakistan Foreign Minister Shah Mahmood Qureshi It was said in the meeting that if hostage abduction Vardhaman was not released, India would attack at 9 pm. He had also admitted that Army Chief Qamar Javed Bajwa was shivering. Abhinandan had to eject after landing a Pakistani fighter plane on 27 February 2019 and landed in PoK. He was returned from the Attari-Bagha border by Pakistan on 1 March 2019.

Rahul Gandhi lashed out at the Sangh, said- RSS cannot decide the future of Tamil Nadu

IPL 2020 MI vs RCB: Ravi Shastri salutes Suryakumar Yadav, who was not selected in Team India, wrote this special message