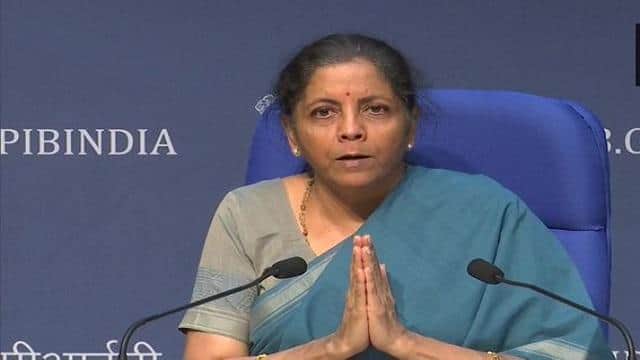 Finance Minister Nirmala Sitharaman said that the economy is showing recovery. GST collections and foreign investment have increased in times of pandemics as well. It is believed that she can announce the next relief package. The Modi government may offer another stimulus package to revive the economy which has been sluggish due to Corona virus epidemic.

Government officials said that a $ 20 billion (1488 billion rupees) economic package could be announced this week to get the economy out of the historical contraction. The government has already announced a production-linked incentive (PLI) of Rs 2 lakh crore in 10 sectors to boost the manufacturing sector. Production incentives will be given in areas such as auto, pharma, telecom, textiles, food products, solar PV.

Last incentive package came in May

The previous stimulus package of the Indian government, which came in May, was not completely successful in reducing the setbacks caused by the corona virus lockdown. The focus of this package was to increase liquidity and provide easy credit to small businesses. But more was not done to boost spending. In this package, the worst affected sectors like tourism, hospitality and aviation were left out of Corona.

A few years ago, the International Monetary Fund (IMF) for the Indian economy indicated that it would be among the fastest growing economies in the world. But the corona epidemic caused a 23.9 percent contraction due to the lockdown in March. Corona virus cases are still increasing rapidly in major cities of the country and more than 40 thousand cases are coming every day. However, for the first time in the last three months, active cases have fallen below 5 lakh. The government has lifted most of the restrictions.

Modi government is going to announce another big economic package on Diwali, focus will be on increasing employment

DU survey: NDA government to be formed in Bihar, JDU-BJP alliance may get absolute majority

Amid counting, US President Donald Trump raised questions, said – how the states that were moving forward at night, and how they got back there