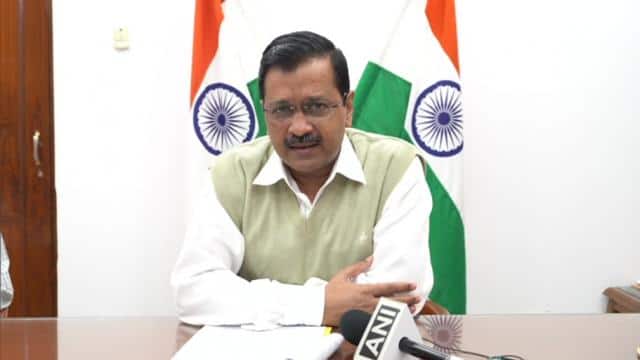 Chief Minister Arvind Kejriwal on Thursday urged Delhiites to avoid bursting firecrackers due to double attack of corona and pollution in the capital Delhi, saying that COVID-19 situation in the city is deteriorating due to rising air pollution.

The Chief Minister said that at present Delhi is facing two problems – Kovid-19 epidemic and increasing air pollution. He said that all people should be cautious, but no one needs to panic as the AAP government is making all efforts to deal with the situation.

Kejriwal said that like last time, this time also we will not burn crackers. This time all 2 crore people of Delhi will celebrate Diwali together. I along with my cabinet ministers will perform Lakshmi Pujan at some place on 14th on 7.39 PM. You can also worship Diwali with us. It will also be broadcast on TV, hopefully you will also join us.

Kejriwal said on Wednesday that there has been an increase in new cases of Kovid-19 in the capital in the last few days and it can be called the third wave of epidemic. Kejriwal said that there is no need to panic and the government is constantly monitoring the situation. We will take all necessary steps. He said that the priority of the government is to provide the best treatment to the patients of Kovid-19 in Delhi and keep the death rate to a minimum.

The Chief Minister said that there is no shortage of beds for Kovid-19 patients in the city. Although there is a shortage of ICU beds in some large, private hospitals, we are trying to improve it.

Kejriwal said that the Delhi government had increased the number of ICU beds in private hospitals, but the Delhi High Court stayed our decision. We are challenging the order in the Supreme Court. According to a Delhi Health Department bulletin, more than 6,700 new cases of Kovid-19 were reported in Delhi on Tuesday in a single day, taking the total number of infected people to more than 4 lakhs. At the same time, the number of deaths due to infection in the national capital increased to 6652 with 48 more deaths.

Why are the Muslims of the world angry with French President Emmanuel Macron? Ruckus in Islamic countries, boycott of goods