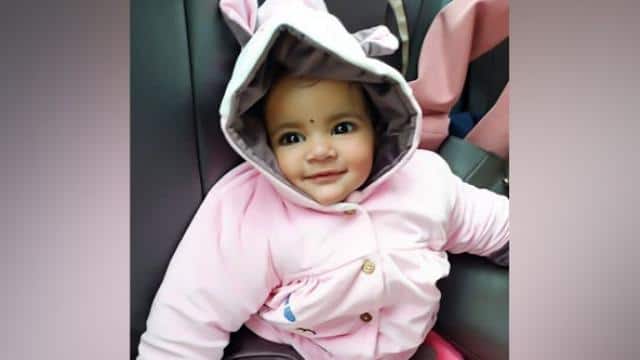 A 20-month-old Dhanishta from Rohini area of ​​Delhi succumbed to Gangaram Hospital, but on her way she donated her organ and gave new life to five people. Dhanishta has set an example for the society even after her death and became the youngest Cadaver Donor.

Dhanishtha has given life to 5 patients posthumously, giving them new life. His heart, liver, both kidneys and both corneas have been removed by Sir Ganga Ram Hospital and implanted in 5 patients. On the evening of January 8, Dhanishtha fell unconscious while playing on the first floor of her house, she was immediately rushed to Sir Ganga Ram Hospital. Despite the untiring efforts of the doctors, the child could not be saved. On January 11, doctors declared the baby as brain dead, except for the brain, all her organs were functioning well.

The family decided to donate the girl’s organ

Ashish told that while in the hospital we saw many patients who are in dire need of organs. Although we have lost our loyalty, we thought that with organ donation, its organs will not only be alive in the patients but will also be helpful in saving their lives.

Hospital chairman Dr. D.S. Rana says that this noble work of the family is truly praiseworthy and others should also be inspired by it. In every 10 lakh people in the country, only 0.26 people donate organs. India has the lowest rate of organ donation. An average of 5 lakh Indians are killed every year due to lack of organs.

Fastag compulsory extended date, now cash will not be taken after this day

Demonstrators will not end their performance? Farmer said on Amit Shah’s appeal – conditional invitation for negotiation is not good

Rakesh Tikait said – postponing a meeting does not matter, we will not move from Delhi till the law is repealed.

Notice to Rakesh Tikait, farmer leader of Delhi Police, asked- why not take legal action against him?