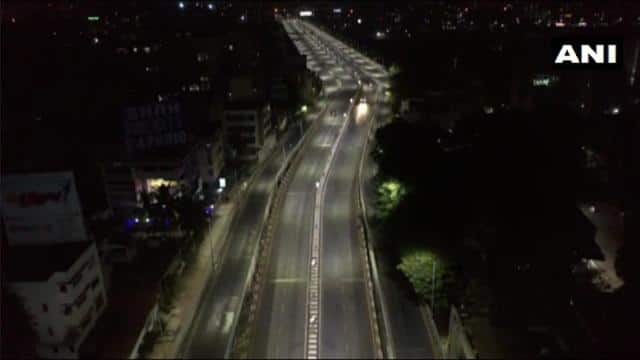 Corona’s infection in India has again gained momentum. Some reports also claim that there may be an increase in the number of infected patients on cold days. In the national capital Delhi, its cases have been increasing continuously for the past several days. Several states have also announced imposition of night curfew in their big cities.

Night curfew has been imposed in Madhya Pradesh’s Indore, Gujarat’s Surat and Rajkot from the night of 21 November. In Indore, people cannot leave their homes from ten o’clock in the morning to six in the morning. Also, its time limit has been kept from 9 am to 6 am in both cities of Gujarat.

However, Knight Cue has exempted workers working in the factory and those involved in essential services. Let us tell you that 546 new positive cases of corona have been reported in Indore yesterday. With this the total figure of infection has increased to 37,661. If we talk about Gujarat, 1,515 new cases were reported here yesterday. With this, the total corona cases here stood at 1,95,917. There are 13,285 active cases among them.

Night curfew in 8 cities of Rajasthan, now Rs 500 fine for not applying mask
The Rajasthan government has decided to impose a nighttime curfew in the eight district headquarters most affected by the infection amidst increasing number of corona virus infection patients. Along with this, the fine has been increased to Rs 500 for not wearing masks in public places. Section 144 has been imposed in the capital Jaipur. These decisions were taken at a meeting of the State Council of Ministers on Saturday night under the chairmanship of Chief Minister Ashok Gehlot. The meeting deliberated on measures to control the increasing incidence of infections due to cold and festive seasons.

It was decided in the meeting that the markets, restaurants, shopping malls and other commercial institutions in the urban area of ​​the eight district headquarters (Jaipur, Jodhpur, Kota, Bikaner, Udaipur, Ajmer, Alwar and Bhilwara) affected by the infection till 7 pm Will be open There will be a nighttime curfew in the urban area of ​​these eight district headquarters from 8 am to 6 am. On the other hand, the penalty for not wearing masks has been increased from Rs 200 to Rs 500. However, during this time, people going to the wedding ceremony, people related to essential services including medicines and those traveling in bus, train and plane will be allowed to travel.