Chief Minister Yogi Adityanath has cautioned the officers in view of the increasing cases of Corona. He said that this is the time to be cautious. In the meeting held on Wednesday, he has given instructions to the officers. He said that since the last one week, there is an increase in new cases of Kovid. However, the positivity rate is minimum in Uttar Pradesh. At present the total number of active cases is 3257. In the last 24 hours, more than 91 thousand tests were done and 682 new corona patients were confirmed. In the same period, 352 people were treated and became corona free. 3082 people are taking health benefits at home. This is the time to be alert and careful.

The changing circumstances of Kovid should be closely monitored. The functioning of medical equipment, proper availability of doctors, paramedical staff in all hospitals should be thoroughly examined. Medicine kits should be prepared with essential medicines. Public should be made aware through public address system for wearing face masks in public places.

The progress of the Kovid vaccination campaign in the state is satisfactory. With over 33.73 million COVID immunizations, the entire population above the age of 18 years has received at least one dose of the vaccine, while more than 96 percent of adults have received both. 99.27 per cent of adolescents aged 15-17 and over 94.55 per cent of children aged 12 to 14 have been given their first dose of vaccine. Booster doses are expected to be given to people over the age of 18. Children should be given the second dose on time.

For effective control of communicable diseases, a state-wide campaign is starting from July 01. There is a need to increase awareness regarding cleanliness, fogging sanitization in rural areas. All necessary preparations should be made for the successful implementation of the campaign. The cooperation of public representatives should also be taken.

Planned efforts necessary to take advantage of the potential of districts

Chief Minister Yogi said that there is potential in every district of the state. To take advantage of this potential, planned effort is necessary. While reviewing its income growth regularly, each district/urban body should prepare an action plan to increase its GDP. Urban bodies will have to make concerted efforts for financial self-sufficiency.

Considering the changed industrial environment of the state, a large number of entrepreneurs from across the country and the world are investing in Uttar Pradesh. According to the needs of the industry, a new industrial policy, a new electronic vehicle policy and a better warehousing and logistics policy should be prepared. Industry representatives should also be consulted while formulating revised and new policies as required.

In view of the rains, the drains should be cleaned. Silt should not accumulate, so that there is no water logging in the rain. The works done so far under the AMRUT scheme should be thoroughly reviewed. Along with making the cities clean, try to make them beautiful as well. With the help of public participation, public representatives and social institutions, the intersections can be beautified. We have to pay special attention to energy conservation. Ensure that street lights are turned on and switched off on time.

Applications of institutions desirous of setting up universities in the private sector should not be kept pending unnecessarily. Applications should be decided in a time bound manner. Establishment rules and qualifications have also been simplified as much as possible. The state should get the benefit of this. All such pending applications should be reviewed by the Chief Secretary and submitted a report before the Chief Minister’s Office.

The process of document verification should be simplified by the Pharmacy Council. No one’s interest should be affected due to delay in verification. Necessary arrangements should be made for the ease of the candidates. 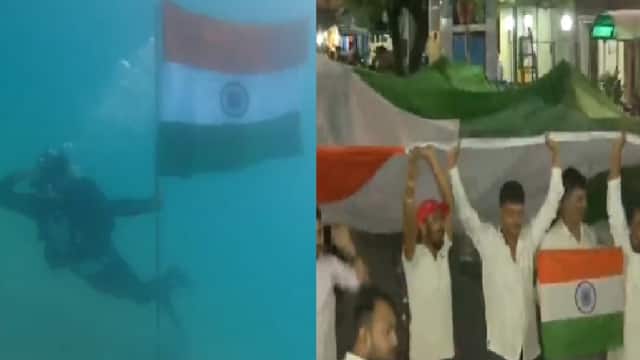