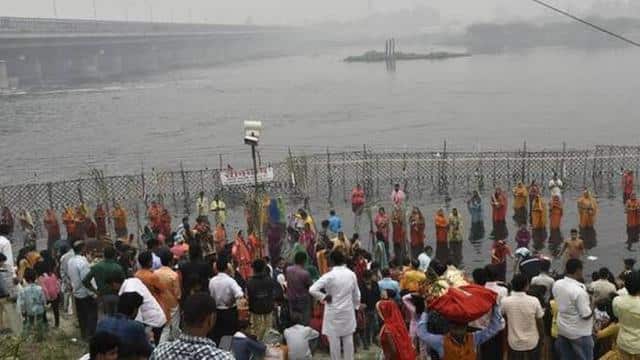 In Delhi this year, Chhath Mahaparva will have to be worshiped in homes. The Delhi government has taken a decision in the wake of the corona epidemic in the capital. On Thursday, Delhi Health Minister Satyendar Jain said that the Delhi government has decided to ban the community Chhath Puja festival at the ghats to prevent the spread of Kovid-19.

As per the order, “The government has instructed all the district magistrates, DDCs of the police and all concerned authorities to ensure that Chhath Puja does not take place in November in public places / river banks / temples etc. in the national capital.” The use of firecrackers is also banned due to pollution in Delhi.

Let us tell you that millions of people from Bihar, eastern UP and Jharkhand celebrate Chhath Puja lasting four days. Chhath Mahaparva is starting from 18 November. In Delhi, people of Bihar and eastern Uttar Pradesh celebrate Chhath festival with joy. Chhath Mahaparva will begin with Nahai Khay on 18 November. After this it will be concluded with Arghya on November 19, Kharna on November 20 and Arghya on November 21. During this time, the Sun God is worshiped on the river, ponds, etc.

Corona virus has killed the maximum 85 patients after 16 June on 11 November in Delhi. On 16 June, 93 patients were killed by Corona. There were 7830 virus records in the capital yesterday. Apart from this, the order also directed to make people aware of the guidelines issued to deal with Kovid-19.

New Google Pay logo came out, now app will be seen in this style