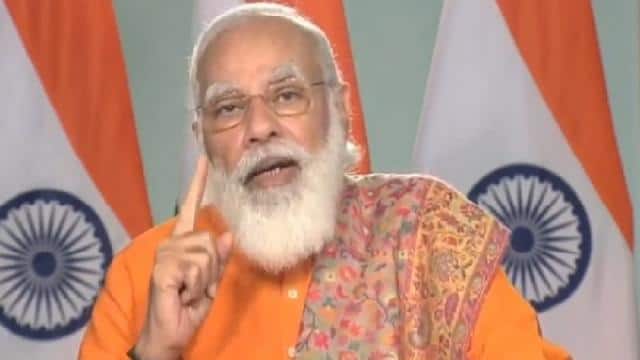 Prime Minister Narendra Modi said at the G20 conference on Saturday that the Kovid-19 epidemic is the biggest challenge facing the world after World War II and the turning point in the history of humanity. He suggested the development of a new global index based on talent, technology, transparency and protection in the post-Corona world. PM Modi also said that ‘working from anywhere is a new normal situation in the post-Kovid world’ and also suggested the creation of a digital secretariat of the G20.

Shah Salman of Saudi Arabia started the G20 conference. This year due to the corona virus epidemic, the heads of state of the member countries of the group are meeting digitally. India will host the G20 conference in 2022. Prime Minister Modi tweeted, very constructive talks with G20 leaders. The coordinated efforts of the world’s largest economies will surely lead to rapid response to this epidemic. Thanks to Saudi Arabia for organizing the digital conference.

Modi suggested the development of a new global index at the G20 conference in which four important elements – creating a large pool of talent, ensuring access to technology to every section of society, bringing transparency in governance and viewing the earth in a spirit of conservation – Join. He said that on this basis, the G20 can write a new world.

Also read-Minor differences, disputes should be resolved through negotiation: Jinping

He tweeted, “Transparency in our processes helps inspire our societies to fight crisis with collectivity and trust. A sense of protection towards the Earth inspires us to have a healthy and holistic lifestyle. The Foreign Ministry said in a statement that the Prime Minister described the Kovid-19 epidemic as a turning point in the history of humanity and the biggest challenge facing the world after World War II.

He called for decisive action by the G20, which is not limited to getting the economy back on track, strengthening employment and trade, but focusing on conserving the earth. PM Modi said, we are all future protectors of humanity. At the conference, the Prime Minister advocated greater transparency in governance systems which would inspire our citizens to meet common challenges and increase confidence. PM Modi offered India’s information technology skills with the aim of developing digital facilities for effective functioning of the G20.

The Prime Minister underlined that while there has been an emphasis on capital and finance in the last few decades, the time has come to focus on multi-skills and re-skills to create a large pool of human talent. He said that this will not only increase the respect of the citizens, but will also make them more capable to face the civilian crises.

PM Modi said that any assessment of new technology should be based on the ease of living and its impact on quality of life. The conference was attended by 19 member countries, the European Union, the Heads of State or Heads of State of the other invited countries and representatives of international organizations.

Diwali 2020: Follow these tips to decorate the main door on Diwali