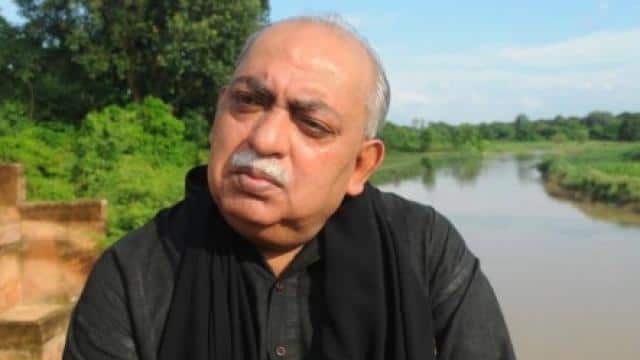 The famous poet Munawar Rana has given a statement about the terrorist attacks after the disputed cartoon of Prophet Mohammed in France. In his disputed response, he has said that if someone makes a dirty cartoon of their parents or God, then they too will kill him.

Talking to a private channel, famous poet Munawar Rana said, “If someone makes a dirty, objectionable cartoon of our parents or God, then we will kill him”. If it is considered justified and there is no punishment, then how can you call it illegitimate. This is happening all over the world.

The famous poet said that whoever made the cartoon of Prophet Mohammed did wrong by doing so. At the same time, the other one murdered him, that too is wrong. Munawwar Rana said that the whole world is screaming at this time. But he cannot remember how many people died when countries like France, America attacked Iraq, Afghanistan.

Also read: Munawar Rana said when the FIR was on daughters, file a lawsuit against me, I produced rebellious daughters.

He said that it is not right to kill anyone. Even killing a bird is not right. You make a cartoon of God, but you don’t. They make cartoons of Prophet Mohammed to tease Muslims. If cartoons are made of the gods and goddesses of any religion, I will feel bad because I am also a human being and a Hindustani.

Protests against France in many countries

Protests are taking place in several countries in France amid the uproar following the controversial cartoon of Prophet Mohammed. People took to the streets against France in many countries including Pakistan, Bangladesh, Turkey, India. In India, people protested in France on Friday in Bhopal. However, after this the Shivraj government ordered a case to be filed against those who opposed. Apart from this, many people in Mumbai also protested against France.