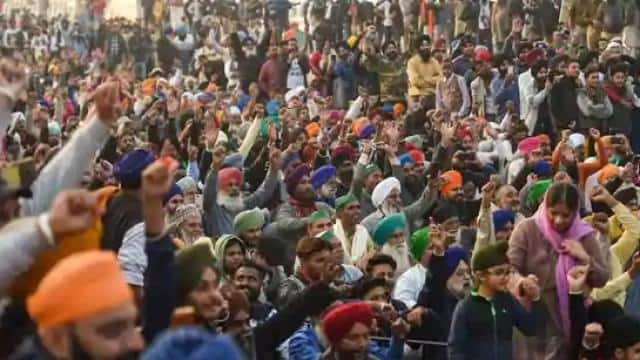 The Congress party has given its support to the chakka jam being organized across the country on behalf of farmers except Delhi, Uttar Pradesh and Uttarakhand on Saturday i.e. 6th February. In fact, farmers, who were opposing the three agricultural laws passed by Parliament last year, have called for an all-India ‘Chakka Jam’ for three hours on Saturday. To which Congress has given its support.

Party’s general secretary KC Venugopal said that the government should leave its’ ego and declare the repeal of the three agricultural laws.
The Congress will support the chakka jam being carried out by farmers’ organizations on February 6.

He said, “Congress party Peasant movement Has been fully supportive of The Congress once again requests the Central Government to renounce its arrogance and declare the repeal of the three agricultural laws in line with the legitimate demands of the farmers. “

Corona vaccines kept at the same pace, it will take 7 years for life to get back on track

Venugopal also said that the Congress party would support the three-hour nationwide non-violent and peaceful chakka jam announced by farmers’ organizations on national and state highways from 12 noon to 3 pm on Saturday, February 6, 2021.

Tell you that The Republic Day This is the first major event organized by farmers after the tractor march to Ko. Although he also had a skirmish with the Delhi Police during the tractor march in Delhi, farmer organizations have promised that this flywheel jam will remain completely peaceful. In view of this, security arrangements have been tightened by Delhi Police and Haryana Police outside Delhi.

ISRO successfully launches 42nd communication satellite CMS-01, know what will be the benefit

Happy Bhai Dooj Gifts 2020: give this special gift to sisters on Bhaiya Dooj, sweetness will dissolve in the relationship

Rahul Gandhi lashed out at the Sangh, said- RSS cannot decide the future of Tamil Nadu