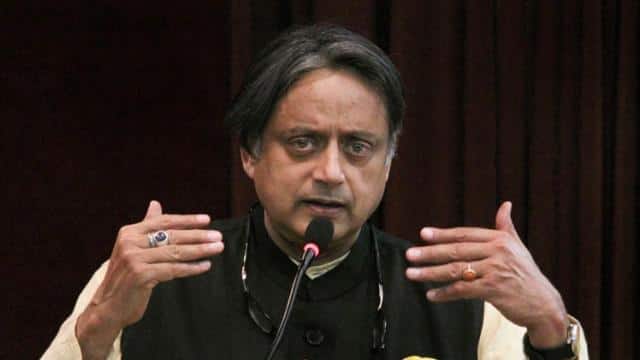 Congress The Republic Day Shashi Tharoor’s remarks on the suggestion to cancel the function this year, on Wednesday, said that when the democratic institutions are under attack, the celebration of democracy needs to be celebrated in a big way. In fact, senior party leader Shashi Tharoor had cited the cancellation of British Prime Minister Boris Johnson’s visit to India as saying that in the event of not being the chief guest, this time The Republic Day Why not cancel the ceremony?

He tweeted on Tuesday night, “Now that this month Boris Johnson’s trip to India has been canceled due to the second wave of Kovid and we have The Republic Day But there is no chief guest, so why not go a step further and cancel the celebration altogether? ”

Former Union Minister and Lok Sabha member Tharoor also said that it would be ‘irresponsible’ to call people for the parade this time. Asked about Tharoor’s remarks, Congress leader Alka Lamba said in the party’s official press conference, “As far as the party is concerned, it is its belief and belief that whether it is Independence Day or The Republic Day Ho, both are our democratic and constitutional festivals.

It is noteworthy that British Prime Minister Johnson in his country Corona virus 26 January due to the increase of crisis arising out of new forms of stress The Republic Day Officials have canceled their scheduled visit to India. Officials said that Johnson spoke to Prime Minister Narendra Modi on Tuesday and expressed regret for canceling his tour. Johnson on 26 January The Republic Day He was invited as the chief guest for the parade.

Star footballer Harry Kane showed his batting skills, asked RCB and Virat Kohli, is there any place in the team- VIDEO

IND vs AUS: From now on Hardik Pandya’s eyes on T20 World Cup, told when will start bowling

IND vs AUS: Australian coaches are not worried about form of Steve Smith and Marnus Labushen, said – will perform strong in the rest of the matches