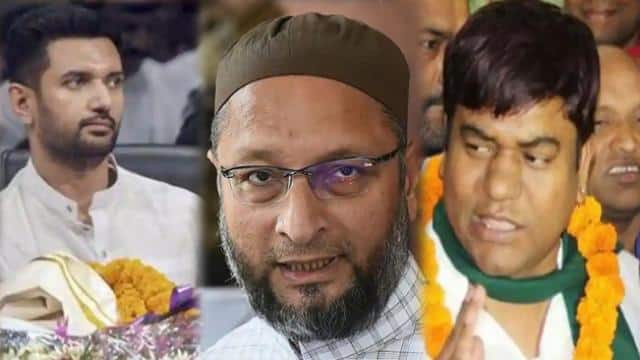 The results of the Bihar assembly elections are now largely clear. If the NDA has got a majority in the trends, the Grand Alliance will stay away from power. The reputation of many more faces was at stake in this election, some of which have shone and some have died. Chirag Paswan of the Lok Janshakti Party, which claims the most, has flopped all over, while the Son of Sailor, who is a frostbitten at the last moment, appears to be in great benefit.

Chirag Paswan decided to split from the NDA in this election and contest separately. The Lok Janshakti Party fielded candidates for 134 seats, but does not appear to have won a single seat. Chirag Paswan had made very strong claims in the election and made fierce statements against Nitish Kumar. He even said that this time BJP and LJP government will be formed and Nitish Kumar will be sent to jail. However, the election results left him nowhere. The BJP gave 11 seats to Vi from its quota, out of which the party was leading at 5.

Read also: The results of Bihar will affect the elections of many states including West Bengal.

Owaisi shines in Seemanchal
All India Majlis A Ittehadul Muslimeen (AIMIM) leader Asaduddin Owaisi has strengthened his hold in Seemanchal. He has fared well in Muslim majority seats and his party seems to be occupying 5 seats. AIMIM candidates Amore, Baisi, Kochadhaman, Bahadurganj and Jokihat are leading in the seat.

Mukesh Sahni in benefits
Mukesh Sahni, the head of Fesam Vikas Insan Party (VIP) by the name of Son of Mallah, is seen in the benefits. Annoyed by the Mahagathbandhan being ignored in sheet sharing, Sahni had announced to leave at the press conference of the Grand Alliance. He then joined the NDA. In this context, it is believed that Mukesh Sahni has been in great advantage and he has performed well with the lamp without any noise and accusation.