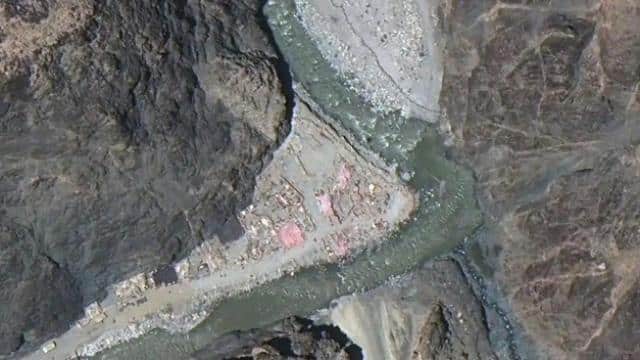 Indian soldiers arrested a Chinese soldier crossing the LAC on the banks of Pangong Tso Lake in Ladakh on Friday. After the news in Indian media, China has also confirmed this. China has said that its military lost its way due to the incomplete and difficult geographical area. China, which unnecessarily increased the number of troops on the border, said that by releasing its troops immediately, India should help reduce the tension on the border.

The Chinese government newspaper Global Times has said in a report that the Frontier Force has confirmed the soldier’s disappearance. Help was sought from India after the disappearance of the soldier. After two hours of searching, the Indian side confirmed that the troops were in their possession. They are awaiting orders to return the Chinese soldier.

Qian Fung, director of the research department at the National Strategy Institute at Xinhua University, said it is not unusual for soldiers from both countries to wander on the LAC. A large number of soldiers from India and China are deployed along the border. In the past, the soldiers of both countries have gone to each other’s border. Qian said that according to the existing mechanism between India and China, India will return the wayward Chinese soldier. The Indian side can also interrogate him as well as check the goods he possesses. Qian said that the timely withdrawal of the Chinese soldier will tell whether India wants to work according to the agreements between the two countries.

Qian further said, “India cannot shut down the military for long because doing so would be disastrous for the consent made to resolve problems through diplomatic channels.” Any event will promote an already tense situation along the border. ”

Indian soldiers have captured a Chinese soldier on the southern shore of Pangong Tso Lake in Ladakh. The Chinese soldier had come across the LAC on Friday morning, which was arrested by Indian soldiers. Sources in the Indian Army said that the captured soldier of the PLA is being treated according to the procedures laid down, under which circumstances it is being investigated.

In October last year, a Chinese soldier was captured by the Indian Army in the Chumar-Demchok area. Important documents were also recovered from the Chinese soldier. After interrogation, the Indian Army had returned its soldier to China. China claimed that a soldier had crossed the LAC while helping a shepherd find a lost yak.

You will not be able to buy these Samsung phones from next year, know what is the reason behind this?

UP police tracing the people who reached the farmers movement with the number of the vehicle, also reached the house of the bar general secretary