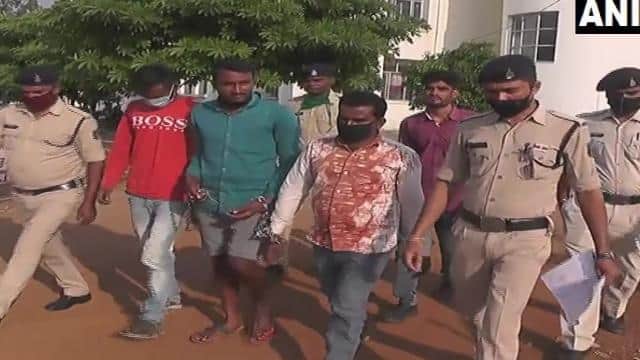 A heartbreaking incident has come to light in Balod district of Chhattisgarh. Where, one year old girl is burnt with cigarettes. A policeman has been arrested for allegedly burning the child with cigarettes. Police have said about the incident that the victim’s mother had lodged a complaint against the accused, after which a case was registered.

However, it is not yet known why the policeman lit a one-year-old girl with a cigarette and what was the reason behind it. The police is currently investigating the matter and has also questioned the victim’s mother. There is a lot of resentment towards the police about the incident. The policeman, who burnt the girl, was arrested on Saturday from a hotel in the power house area of ​​Bhilai. As the news spread through the media, the Chhattisgarh DGP took immediate action and separated the accused policeman from the service.

Chhattisgarh: A police personnel arrested for allegedly burning a one-year-old girl with cigarettes in Balod district.

“A complaint was lodged by the victim’s mother against the accused, after which a case was registered. Further investigation is on,” say police pic.twitter.com/mLc3w1rHA8

According to the media report, the name of the policeman is being described as Avinash Rai, who lived in a rented house in Balod’s Sewani a month ago. After this, his fort was transferred. The policeman is alleged to have been drunk and asked the landlord’s girl to call him Papa. When the girl refused, she lit it with a cigarette.