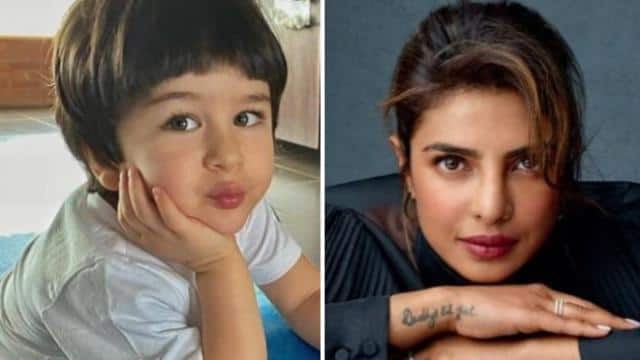 1- After the birth of Anushka Sharma’s daughter, Taimur is trending on social media, the reason is interesting

On social media, Virat and Anushka were congratulated by celebs in the joy of the arrival of the little guest. Then upon seeing Kareena Kapoor Khan’s son Taimur started trending on social media. People are making mimes about the publicity of Timur. He says that after Virat and Anushka’s baby, Taimur’s social media sensation will no longer be as it was before.

Since the birth of Anushka Sharma’s daughter, Virat Kohli and the actress have been congratulating all the celebrities. Virushka’s friends and fans have congratulated her on social media. Virat Kohli himself shared information about becoming the father of the daughter via Instagram, Twitter and Facebook. Commenting on her post on Instagram, actress Dia Mirza, Rakul Preet Singh Ishan Khattar have congratulated her. Rakul Preet Singh has written, ‘Omgggg Congratulationsssss.’ Apart from them, Dia Mirza has described the news of Anushka giving birth to her daughter as Wonderful News.

TV actress Anita Hasanandani is going to be a mother soon. Recently, Anita shared a video on Instagram, in which she was seen posing romantic with husband Rohit Reddy. Also Baby Bump was seen flaunting. Anita is enjoying her pregnancy period. She often shares pregnancy videos on social media.

Bollywood-Hollywood actress Priyanka Chopra recently spoke openly on Nick Jonas and the 10-year-old Age Gap. Ever since Priyanka got married, this topic has been in the headlines on social media. Priyanka Chopra talked about this during a magazine photoshoot recently. He says that the difference of age and culture never came between their love.

Jamie Lever, daughter of Bollywood’s famous comedian Johnny Lever, is also seen growing on her father’s path. Recently she shared a video on YouTube, in which she is seen miming Kareena Kapoor, Kangana Ranaut, Sonam Kapoor, Asha Bhosle and Farah Khan. In this video, she talks on issues ranging from the corona vaccine to nepotism and mimics these actresses. Like speaking in the style of Farah Khan, she says, ‘I have become so bored during Corona’s time. During this time I danced so much that I became thin. I do not even recognize that I am Farah Khan. ‘

6- Shahnaz Gill’s reaction to the Sadda Dog rap, said- I’m shocked, how did it go viral?

‘Bigg Boss 13’ contestant Shehnaz Gill recently came live on Instagram and interacted with the fans. With the fans, she spoke on many new things including upcoming new projects, weight loss, wedding planning, makeup skills. Fans asked Shehnaz Gill about the ‘Sadda Dog’ rap that it went so viral, how did you like it?

7- Irrfan Khan’s son Babil will step into the world of film and acting, said this

Babil often shares posts related to his late father Irrfan Khan on social media. Recently he posted a photo of a book which was by Irrfan Khan. The name of this book is ‘Actors on Acting’. The book has been edited by Toby Cole and Helen Rich Chinoy and Babil has shared the book’s photo, writing, “For credit.”

9- Shahnaz Gill said about marriage- I am not yet old, I will do it when I want to, video viral

Actress Shahnaz Gill is in the news these days. Recently, he did a live session with the fans and answered their questions. During this, he talked about his own viral meme, wedding, transformation and makeup. A video of Shahnaz Gill is going viral, in which he can be seen answering the question of marriage.

Actress Richa Chadha has revealed a lot about Madame Chief Minister Movie. The actress says that her hair looks cut in this film, but in fact she did not get a hair cut for it. Richa Chadda has said this while sharing the story of using the wig for her character in the movie on Twitter. Along with this, he has also shared some of his pictures wearing different wigs. The actress wrote on Twitter, ‘There is a funny anecdote about why I didn’t wear a wig in the film. The director wanted me to get a hair cut for this film, which suits my character. But it is a matter of time when the date of our marriage was fixed.