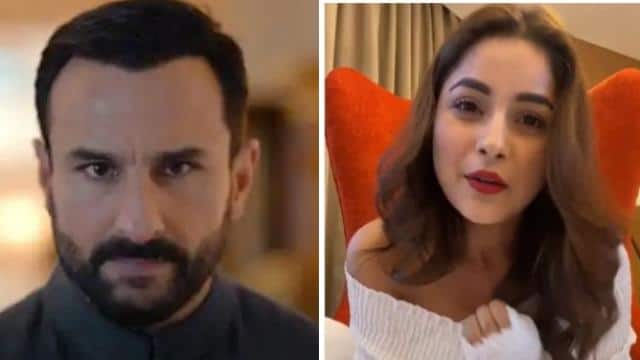 1- Shahnaz Gill shared the video, said – if it becomes thick again, I will not get work again

‘Bigg Boss 13’ contestant Shahnaz Gill is in the news. Their transformation photos and videos are often viral on social media. Shehnaz also continues to entertain them by chatting live with the fans. Recently Shahnaz Gill did a live session with the fans. In this, he answered the questions asked by the fans.

Bollywood actors Ranbir Kapoor and Shraddha Kapoor have both reached Delhi on Saturday. Both are soon to be busy shooting for director Luv Ranjan’s next film. According to reports, both Boney Kapoor and Dimple Kapadia will be seen playing the role of Ranbir Kapoor’s parents in Luv Ranjan’s film. Recently, Boney Kapoor has made an acting debut in the Anil Kapoor starrer film.

Bad news is coming for the fans of the TV show ‘Naagin 5’. Ekta Kapoor’s show ‘Naagin 5’ is going to be off air soon. This TV show of Sharad Malhotra, Surabhi Chandna and Mohit Sehgal started in August 2020. It is now going off air in February 2021. According to the news, the show will be replaced by a show related to Ekta Kapoor’s Vampire.

Bollywood actor Saif Ali Khan will soon be seen in Ali Abbas Zafar’s web series ‘Tandava’. He will be seen playing a politician in this web series. Saif Ali Khan has lived quite a royal life in real life. Talking about his character in the web series, he said that the reason for living royal life is that he was made a part of this series.

The TV reality show ‘Bigg Boss 14’ will have an elimination round on Sunday. It will feature Jasmin Bhasin Eliminate. The discussion of Ali Gony and Jasmine Bhasin’s relationship has been very loud in Bigg Boss house. This time Rubina Dilac, Ali Goni, Jasmine Bhasin and Abhinav Shukla are in the nomination. Salman Khan plays a game with these four. Whose name Salman keeps taking, he goes one step towards the main gate. A video of this has also been shared by the channel.

After testing the patience of the fans, Deepika Padukone and Hrithik Roshan have finally announced their next film ‘Fighter’. Hrithik Roshan also surprised fans on his birthday. While releasing the teaser of the film, he has told the fans that he and Deepika Padukone are going to be seen in the film together. The film will be directed by Siddharth Anand.

The NCB (Narcotics Control Bureau) has arrested four people, including Bollywood actress Dia Mirza’s ex-manager Rahila Furniturewala, in a drugs case. Those arrested include Rahila’s sister Shaista and two British nationals. Hemp has been recovered by everyone from NCB.

Bollywood actor Sonu Sood has moved the Bombay High Court against a notice issued by the Brihanmumbai Municipal Corporation (BMC) for allegedly making illegal structural changes in a residential building in suburban Juhu. Sood, in his petition filed in court last week through advocate DP Singh, said that he had not done any ‘illegal or unauthorized construction in the six-storey Shaktisagar building.

In the reality show Bigg Boss 14, Rakhi keeps on ranting about Sawant Entertainment, which fans are very fond of. Now he called Abhinav Shukla I Love You. A promo video of the show has surfaced, in which she is seen flirting with Abhinav Shukla. However, Rakhi Sawant has done many times before that she likes Abhinav Shukla very much.

Bollywood actress Kangana Ranaut has once again targeted Tapsee Pannu. Kangana shared a post by her fan and said that Taapsee Pannu has copied her poses for her latest magazine shoot. Kangana quipped that Taapsee is her biggest fan and she always tries to copy him. Along with this, Kangana also said that Amitabh Bachchan They are most commonly copied after.

No tricks of Pak-China will be successful against India, these 6 ‘eyes’ will keep an eye from the sky.