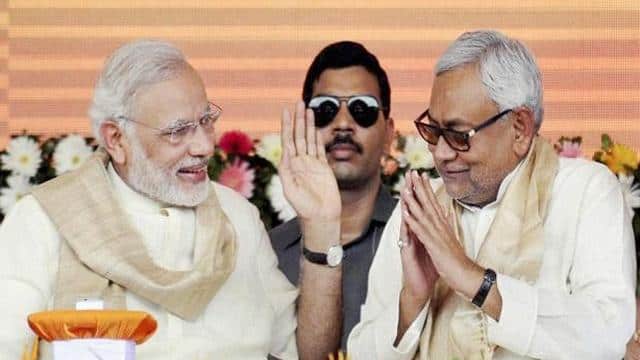 The NDA has got a clear mandate in the Bihar Assembly Election Results. The Bharatiya Janata Party (BJP), Janata Dal United (JDU), Hindustan Awam Morcha (HAM) and Vikashan Insaan Party (VIP) alliance have won 125 seats. At the same time, the Rashtriya Janata Dal (RJD), Congress and the Left coalition had to be content with 110 seats. Asaduddin Owaisi’s party AIMIM surprised everyone by bringing five seats.

The BJP has emerged as the elder brother in the National Democratic Alliance (NDA) election results. The party’s performance has been quite good. BJP, with a strike rate of 67 percent, has won its political battle in Bihar. At the same time, if talking about JDU, the party has won only 37 percent seats. Let us tell you that JDU had 122 seats in the seat sharing. Seven of them were given by party to Manjhi Ke Ham. Despite this, JDU managed to win only 43 seats. The LJP has lost most seats.

Talking about the BJP, the RJD has a direct fight in 57 seats, out of which BJP has won 65 percent. JDU and RJD had a direct fight in 61 seats. Nitish Kumar’s party won only 33 percent of these seats. In this assembly election, the LJP has done a lot of damage to the JDU. Chirag Paswan’s party has spoiled the JDU game in about 34 seats.

Also read- Where the stones were thrown at Nitish, JDU won, where the chappal took place, Congress there

In terms of vote percentage, RJD has got 23.1 percent votes in Bihar assembly elections. However, RJD was contesting the maximum 144 seats in this election. BJP has the best performance after this. Second place with 19.5 percent votes. JDU finished third with 15.4 percent votes. The Congress got 9.5 percent of the votes in this election. At the same time, LJP, contesting on its own, had to be content with just 5.7 percent of the votes.

On the cancellation of the status of Star campaigner, Kamal Nath said – EC did not give any notice, they know their work