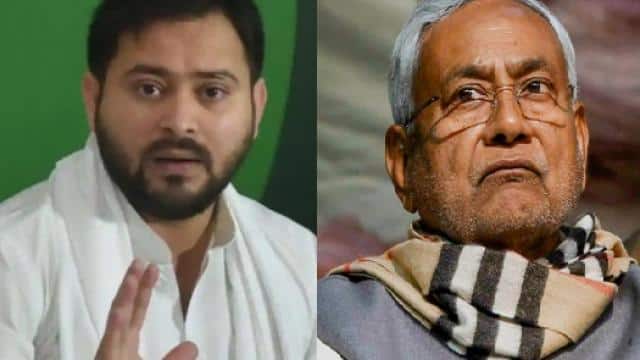 The third and last phase of voting for the Bihar assembly elections has ended on Saturday. The exit poll results have also come to light immediately after the last phase of voting is over. Before this, open poll also came out. If we look at the survey of opinion poll and exit poll, then Bihar’s air trend seems to have changed in a few days. The figures revealed in the survey are telling this.

The survey of exit polls which came out soon after the voting ended is completely opposite to the opinion poll. In the exit poll, where the grand alliance is expected to get more seats, the NDA was expected to get a majority in the Opinion. In this way, the Bihar election trend changed in just a few days. See the results of the first exit poll below, then also know what the opinion poll said.

What is the exit poll called? Learn
Tejashwi Yadav is seen becoming the next Chief Minister in Aaj Tak / India Today and Axis My Axis exit polls. According to the poll, the grand alliance is projected to get 139–161 seats, while the NDA may win 69–91 seats. At the same time, LJP can get 03-05 seats. Of the 49 seats in Bhojpur region, the Mahagathbandhan has been given 33 seats, NDA 9, LJP 2 and others 5 seats.

Also read- Nitishe Kumar is no more in Bihar, the heat of Tejashwi Yadav

Of the 24 seats in the Seemanchal region, the grand alliance is projected to get 15, NDA 06 and the GDSS 3 seats. Talking about 61 seats in Pataliputra region, out of which the Mahagathbandhan can get 33 seats, NDA 26 and LJP and 1-1 seats. At the same time, out of 60 seats in Mithlanchal region, the Mahagathbandhan is projected to get 36, NDA 23 and LJP 1 seats.

The ABP News-C voter exit poll is also getting 131 seats. This means that the next government in the state may be of the RJD-led grand alliance. The Mahagathbandhan is projected to get 108–131 seats, the NDA 104–120 seats. At the same time, if you talk to other parties, you can get 4-8 seats. Chirag Paswan’s Lok Janshakti Party (LJP) may win 1-3 seats.

In the exit poll of Today’s Chanakya, who has given sitak exit poll in many elections, this time the tsunami of the grand alliance is going on. In the News 18 and Today’s Chanakya exit polls, the Grand Alliance may get 180 seats, while the NDA may get a shock. The NDA is getting just 55 seats in the poll. At the same time, 8 seats can go to the account of others.

What did the opinion poll survey say?
In the Open Now poll of Times Now and C vote, the NDA was shown getting 160 seats and the UPA 76 seats. In this, BJP was projected to get 85 seats, JDU 70, RJD 56 and Congress 15 seats. The survey was conducted between 1 and 10 October and consulted 12843 people.

Also read- Exit poll figures were overturned in 2015, will this time be true?

At the same time, some similar estimates were found in Opinion Polls of Lokniti and CSDS. According to this opinion poll, NDA is projected to get 133 to 143 seats. While the grand alliance can get 88 to 98 seats. At the same time, Chira Paswan’s LJP is projected to get six out of two seats. While 10 seats are seen going into the account of others.

How to get all the examinations including CBSE board in 2021, Education Minister Nishank made this plan

Malabar 2020: China’s sweat is not missing like this, see how the Indian and American fighter aircraft roared together