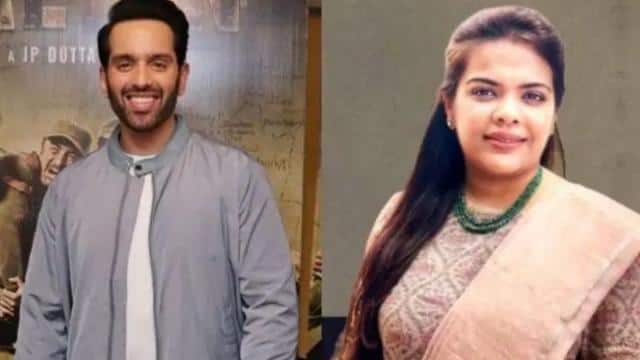 The sons and daughters of the big leaders who were present in the General Assembly of Bihar Assembly Elections 2020 are not doing well right now. On the one hand, Lalu Yadav’s elder son Tej Pratap is lagging behind in the counting of votes, while Sharad Yadav’s daughter Subhashini Raj Rao in Bihariganj and Shatrughan Sinha’s son Luv Sinha in Bankipur are also trailing. Let’s take a look at the latest status of the seat of these leaders of big leaders.

Tejashwi Yadav- Raghopur is leading in the seat. CM candidate Tejashwi Yadav from Mahagathbandhan is contesting for the second time from Raghopur assembly seat in Vaishali district. Due to the candidature of Tejashwi, the entire country is eyeing this seat. BJP has fielded Satish Kumar from here. Satish has defeated former CM Rabri Devi in ​​the 2010 elections. LJP has fielded Rakesh Roshan. Due to Rakesh, the contest on this seat has become triangular. This area has been a strong stronghold of the RJD since 1995. Lalu Yadav has been winning the election from this seat.

Subhashini Yadav- Sharad Yadav’s daughter Subhashini Yadav is trailing on Bihariganj seat. She is trying her luck in the electoral fray as a Congress candidate. He is believed to be competing with JD U’s Niranjan Kumar Mehta. However, JD U has been registering consecutive victories over the last two elections here. The RJD has occupied this seat thrice before.

Love Sinha Bankipur is following the seat. The fate of Love Sinha, son of actor-turned-politician Shatrughan Sinha, is to be decided. Luv Sinha has fielded as a Congress candidate from Bankipur seat in Patna, where he is pitted against BJP’s three-time MLA Nitin Naveen and Pushpalam Priya, who is contesting from Plurals Party. Nitin Naveen’s father Naveen Kishore Sinha has also been an MLA from outside. Similarly Pushpam Priya is also the daughter of JDU’s former MLC Vinod Chaudhary. In this way, the three leaders in Bankipur seat are struggling to preserve their father’s political legacy.

Shreyasi Singh – Jamui is trailing on the seat. Jamui assembly seat is included in the high-profile seats in the first phase. From here, international shooter Shreyasi Singh is on the BJP ticket. At the same time, Vijay Prakash, the current MLA from RJD and Ajay Pratap, son of former minister Narendra Singh from RLSP, is trying. Shreyasi may have been a player but her family background has been political. His father late Digvijay Singh has been a Union Minister while his mother Putul Singh has been an MP. Similarly, Vijay Prakash’s elder brother Jai Prakash has been a Union Minister and Ajay Pratap’s father has also been a minister in Bihar. In this way, the battle of Jamui is considered very interesting.

Divya is leading in Prakash-Tarapur seat.
Divya Prakash, the young face of RJD from Tarapur assembly constituency, is also at stake. From here, Mevalal Chaudhary from JDU, Meena Devi from LJP, Karmaveer Kumar from JAP and Jitendra Kumar from RLSP are in the fray. However, this seat is much discussed due to Divya Prakash contesting the election as she is the daughter of former Union Minister and RJD veteran Jai Prakash Yadav. Divya Prakash, the youngest candidate in the first phase, is only 28 years old and has entered the election summer. Mevalal Chaudhary was elected MLA from here in 2015.

Pappu Singh-Lalganj is trailing on the seat
Pappu Singh, nephew of former Governor Nikhil Kumar, is in fray from Lalganj on a Congress ticket against which Sanjay Kumar Singh from BJP, Rajkumar Shah from LJP and Dinesh Kumar Kushwaha of RLSP are pitting. The sitting MLA of this seat is Rajkumar Shah of ELEJP.

Lalan Yadav-Sultanganj is trailing on the seat.
Youth leader Lalan Yadav, former state president of Youth Congress from Sultanganj, is also in the fray. Lalan has good penetration in Sultanganj, while caste equations are also seen in his favor. Lalit Narayan Mandal from JDU, Himanshu Prasad from RLSP and Neelam Devi from LJP are also in the fray. The sitting MLA from this seat was Subodh Rai of JDU, who elected the MLA for the second consecutive term and reached the assembly, but this time the party has cut his ticket, but the discussion of this seat is due to Lalan Yadav.

Devendra Kumar Manjhi is trailing in Makhdumpur seat. Devendra Kumar Manjhi, son-in-law of Jitan Ram Manjhi from Makhdumpur seat, is in the fray from Hindustan Awam Morcha. Satish Das from RJD has fielded against Devendra Kumar. Both candidates are young in the same seat, but Satish Das comes from an ordinary family as well as Ravidas community of Mahadalit community. He has been associated with the RJD’s student organization, due to which the party has fielded his current MLA Subedar Das by cutting his ticket.

Another blast near madrasa in Peshawar, 19 children badly injured

Bihar Chunav: Polling for 78 seats of 15 districts in third phase tomorrow, fate of 1204 candidates including 11 ministers will be decided