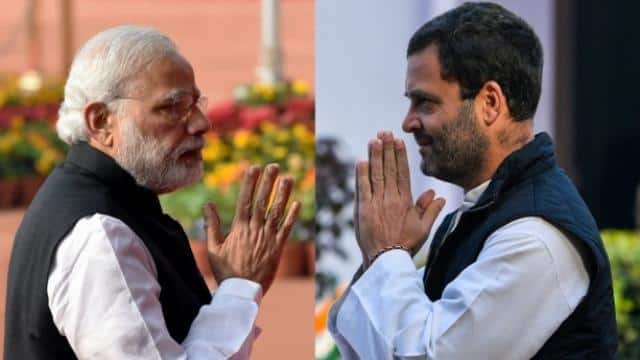 Voting will be held on 71 assembly seats in 16 districts today for the first phase of Bihar assembly elections. On the one hand, the fate of candidates will continue to be imprisoned in EVMs, on the other hand PM Modi and Rahul Gandhi will be doing rallies. In this context, today is a big day for Bihar elections. Prime Minister Modi and Rahul Gandhi will roar in separate public meetings for the second phase and ask for votes for their respective parties. While PM Modi will address rallies in Darbhanga, Patna and Muzaffarpur, Rahul Gandhi will address public meetings in Valmiki Nagar (West Champaran) and Kusheshwarsthan (Samastipur). Let us know that in the first phase of Bihar assembly elections 2020, voting is also being held on 71 seats in 16 districts amid tight security.

PM Modi informed about his rallies on Twitter. PM Modi said that I will once again be among Biharis. There will be a chance to communicate directly at rallies in Darbhanga, Muzaffarpur and the capital Patna. You all definitely join these rallies. PM Modi’s rally will start from 11 am.

PM Modi’s first rally will take place at around 11 am at the Raj Maidan in Darbhanga. After this, the Prime Minister will address the second public meeting at Pachrukhi Maidan, Motipur Sugar Mill in Muzaffarpur, which will start at around 12.30 pm. The Prime Minister’s third rally will be held at 2 pm at the Veterinary College Campus, near Patna Airport. The police-administration has made complete preparations for the PM’s election rally. The Special Branch has already posted seven IPS. Apart from this, adequate number of DSP, Inspector and Police forces, besides paramilitary forces have also been deputed. Dog squads, bomb disposal squad etc. have also been arranged. In the PM’s rally, the administration is ready to follow social distancing in every situation.

At the same time, Rahul Gandhi will address the public meeting in Valmiki Nagar at 12 noon and Kusheshwarsthan at 2.30 pm. The by-election for Valmiki Nagar Lok Sabha seat will be held on November 7, while the Kusheshwar Asthan assembly constituency will go to polls on November 3. Let me tell you that today, on October 28, voting is going on for 71 seats in 16 districts in this phase.

Who is ahead in giving tickets to tainted leaders in Bihar elections, how many cases on which

This is the second day in Bihar elections, when PM Modi and Rahul Gandhi will address the rallies. Earlier, PM Modi and Rahul Gandhi addressed the election rallies on 23 October. While PM Modi addressed three rallies, Rahul two. Prime Minister Narendra Modi campaigned in three seats in the first phase. PM Modi addressed an election public meeting in Sasaram, Gaya and Bhagalpur. There was mention of article 370 to Jungleraj in PM Modi’s rallies, while Rahul spoke about the encroachment of China.

In the first phase, several veterans, including eight ministers of the state government, are in the fray, whose fate will be decided on 28th in EVMs. The veterans whose fate is to be decided at this stage include Education Minister Krishnanandan Prasad Verma, Agriculture Minister Prem Kumar, Rural Works Minister Shailesh Kumar, Science and Technology Minister Jai Kumar Singh, Revenue Minister Ramnarayan Mandal, Labor Resources Minister Vijay Kumar Sinha, Mining Minister Brijkishore Bind and Transport Minister Santosh Kumar Nirala. Apart from this, former Chief Minister Jitan Ram Manjhi, former Assembly Speaker Uday Narayan Chaudhary, former ministers Vijay Prakash, Shreyasi Singh, Anant Singh, Rajendra Singh, Rameshwar Chaurasia and Bhagwan Singh Kushwaha are in the ground. With the voting on these seats, the fate of 1066 candidates will be sealed in the EVMs. The candidates include 952 male and 114 female candidates, including eight ministers.

India, France to fight common battle on fundamentalism, said – this is the most dreaded form of censorship

Arnab Goswami reached Alibag police station said – I was killed by the police; Mumbai Police will present in court in some time