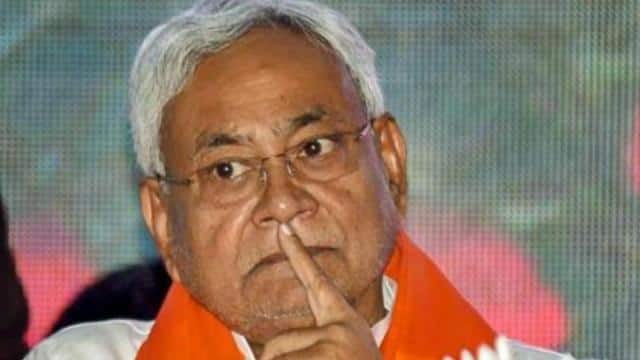 Election campaign is at its peak in Bihar assembly elections. All the big and small parties including NDA and Grand Alliance are trying in their own way to woo the voters with loud noise. But will this time anger over unemployment and migrant crisis dent in Nitish’s vote bank?

40-year-old cab driver Sunil Kumar in Patna was one of the many people who lost their jobs during the 68-day nationwide Kovid-19 lockdown this year. Kumar returned from Mumbai to his ancestral village in Hilsa in Nalanda district of Bihar in June and spent nearly two and a half months without a job. One of the approximately 2.6 million migrant workers who were forced to return to their state as the pandemic ended.

read this also: Nitish Murdabad slogans in the election meeting, CM said – go listen to what you are saying alive

After a few months of initial difficulties, Kumar moved to Patna and took up the job of driving a taxi. Sunil told that- I had invited to stay in the village and helped my family in farming. However, due to no regular income, I contacted an old employer, with whom I had worked for some time in Patna. Kumar is from the Extremely Backward Classes (EBC ECB), a collection of small backward caste communities that was reared by Bihar Chief Minister Nitish Kumar as a counter to the Yadavs of their rival Lalu Prasad and an influential base of Muslims. In fact, since 2005, when Nitish Kumar came to power, a quarter of the vote-bank Backward Class (EBC) had supported the Janata Dal United (JDU) but this time over the government’s attitude on the issue of migrant crisis and unemployment. The ECB is angry. They are rethinking many political options. This anger has now been confused with claims of competition from the National Democratic Alliance (NDA) and the opposition Grand Alliance on jobs. In fact, the Mahagathbandhan partner RJD has promised 10 lakh government jobs to the youth, while the NDA’s partner BJP has promised to create 19 lakh jobs.

The youth is angry and they are also confused
Asian Development Research Institute (ADRI) member secretary Sibal Gupta said that the youth are angry and also confused. The National Democratic Alliance (NDA), of which the JD (U) is also a part, knows this very well.

Bharatiya Janata Party (BJP) MLC Sanjay Paswan said that about 75 percent are from extremely backward castes, 20 percent are SC / ST (SC / ST) and barely 5 percent are from upper caste. The caste profile of the migrants suits us, even though they are a little against us today.

read this also: These women candidates are giving competition to the heavyweights of politics in Bihar assembly elections 2020

EBC History: Social Engineering by Nitish Kumar
The ECB, the most backward class, is the most powerful part of Chief Minister Nitish Kumar’s social engineering that played a key role in bringing Lalu Prasad and his wife Rabri Devi to power in 2005 after 15 years of rule. The EBC list was first excluded from the larger Other Backward Class (OBC) group by socialist leader Karpoori Thakur and Nitish Kumar took more concrete administrative measures to add the category in 2007. Currently, all OBC communities are housed with the exception of four. The most prominent castes – Yadav, Kurmi, Kushwaha and Koiri – belong to the EBC category and comprise about 135 castes.

ECB to compete with Lalu Prasad Yadav
Nitish Kumar, himself a small Kurmi caste, created the EBC to counter the more formidable caste alliance of rival Lalu Prasad. But this time, many in the EBC category say that they are reconsidering the lockdown’s expectation of the common people and the 15-year-old’s fatigue. Were ready for change. But, after re-assessing, our village has decided to return it again. The owner of another tea-stall from Aurangabad, on the condition of anonymity, said that he has the same feeling. Said – There is anger on the ground.

Nda optimistic
On the other hand, the NDA feels that the steps taken by the state and central government, the Prime Minister’s Pravasi Rojgar Yojana and Nitish Kumar’s old relationship with the EBC will help him in getting the vote bank. JD (U) election in-charge Sunil Razak in Nokha said- There is no denying the fact that there was initial resentment among the migrants, EBCs, but the EBCs are also re-grouping themselves with several measures taken by the state government Are and they will return to the Jedi (U).

JC (U) Principal General Secretary KC Tyagi said that this is the caste polarization of Bihar. When polarization occurs in other castes, polarization is sure to occur between EBCs as well. People in the community have felt that the corona epidemic and the resulting migration was a nature-created tragedy and the state government tried its best to provide relief.

RJD gave 25 tickets to EBC candidates
On the other hand, the Rashtriya Janata Dal (RJD), which is contesting on 144 seats, has given 25 tickets to the candidates of EBC to help ECB voters. This is a record so far in the recent elections. The RJD’s move is being seen as an attempt to expand its vote base beyond its traditional Muslim-Yadav alliance. Tejashwi Yadav said in a recent interview to Hindustan Times that- “We are A to Z party and EBC has always been with RJD. We have given tickets to 25 candidates of EBC category. ”Apart from this, the promise of one million government jobs by RJD leader Tejashwi Yadav has made its reach to some sections of the community.

In this regard, DM Diwakar, former director of AN Sinha Institute for Social Studies, said that the youth are also excited and the EBC is changing its mind. Announcement of one million jobs by the Grand Alliance, has won over a handful of migrants. A person belonging to the Dhanuk community, on the condition of anonymity, said that confusion is evident in many small EBC communities regarding the vote. Things are not very good. But where is the option also. We are still considering things. On the other hand, JD (U) has given ticket to 19 ECB candidates from its 115 seats quota.

Diwali 2020: To please Maa Lakshmi this Diwali, apply one of these indulgences, you also know