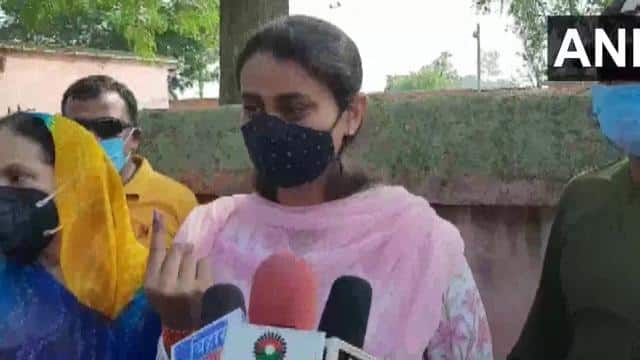 In Bihar assembly election, BJP candidate and international shooter Shreyasi Singh from Jamui exercised his franchise at a polling station in Naya village. After the vote, Shreyasi appealed to the people to leave their homes and exercise the franchise. Shreyasi said- ‘First vote then refreshment’.

Bihar: BJP candidate from Jamui and Shooter Shreyasi Singh casts her vote at a polling booth in Naya Gaon area of ​​the district. pic.twitter.com/zBe2DQOeio

Aditya Thackeray’s attack on BJP in Sushant Singh Rajput case, said – Never will give so much dirty politics in life

The disabled woman of the ashram gave birth to the girl child, the police is registering a rape case and the police is investigating – how did she become pregnant?