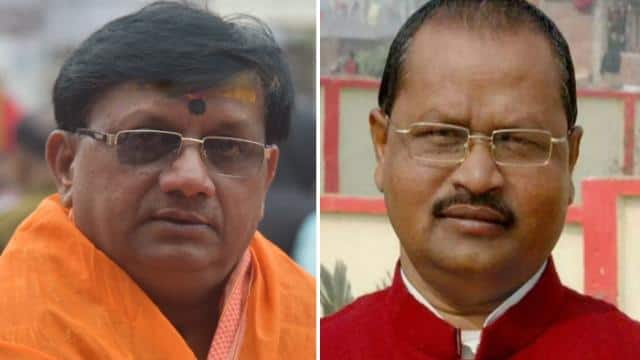 The politics of the district has become hot after the audio went viral on social media between BJP MLA E. Shailendra from Bihpur in Bhagalpur district of Bihar and Gopalpur MLA Gopal Mandal. A round of accusations has begun in the BJP and JDU in the NDA. Protests have started in Navagachiya subdivision after Gopal Mandal accused a caste of not voting. Announcement was expressed by the BJP at a press conference in Navgachia on Wednesday. At the same time, JDU has called a press conference in Bhagalpur on Thursday.

The viral video is being reported on social media from two weeks ago. However, the audio has gone viral on social media within two days. In the viral audio, Gopalpur MLA Narendra Kumar Neeraj expressed displeasure at not attending the reception and inducting leaders who opposed JDU in the election. The MLA has stated that people of a particular caste in Gopalpur did not vote for JDU. A candidate of that caste was put up.

BJP won by defeating Mamera Bhai – Gopal Mandal
MLA Gopal Mandal admitted that the audio was correct, but there was talk of sitting and talking. It should not be made public. The MLA said that Navagachiya falls in Gopalpur assembly constituency. The Bihpur MLA should not attend the reception. Those who opposed him in the election at the reception ceremony should not have been called. It is true that people of a particular caste did not vote for JDU this time. Has not abused any caste. It is said not to vote. Mamera Bhai Bulo Mandal stood from Bihpur, but got him defeated and won it to E. Shailendra. Worked hard for this The MLA admitted that he had spoken of defeating the MLA and winning the Bulo in the next election.

Speaking unparliamentary language is not new: Shailendra
BJP MLA E. Shailendra from Bihpur said that speaking non-parliamentary language is not new for MLA Gopal Mandal. He was an MLA four times. They have also been helping them in elections. Surprised when BJP District President Vinod Mandal in front of him provoked the BJP MLA to speak unparliamentary language. This is not a good thing. The election was opposed by the District President. When the election was successful, the MLAs started working with Gopal Mandal. Complained to BJP workers from Gopal Mandal. After winning the election, there was politics in that too. The complaint of the BJP district president will be made to the state president and organization general secretary. The MLA admitted that the audio was done a few days ago.

After all, what does China want to hide? The report on Corona in Wuhan breaks into a dragon

Anupam Kher shared a special photo, shared a happy moment with the fans