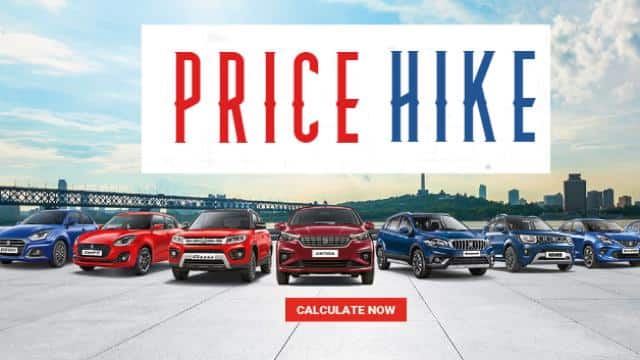 Maruti Suzuki Price List 2021: The country’s largest carmaker Maruti Suzuki has today announced an increase in the prices of its vehicle line-up. The company said today that due to rising input costs, the price of selected models is being increased by nearly 34 thousand rupees. These new prices will be applicable across the country from today itself.

Please tell that, it was already announced that the company will increase the price of its vehicles from the month of January. There was yet to be an official announcement about it. It is being told that the company has taken this decision due to increase in input cost in the manufacture of vehicles. Apart from Maruti Suzuki, many other automakers have already increased the price of their vehicles.

Also read: Nissan Magnite will have to wait a long time! Know what is the waiting period in which city

Apart from this, the price of Baleno, Brezza and Celerio has increased up to Rs 14,400, Rs 10,000 and Rs 19,400 respectively. The Maruti WagonR, one of the company’s best selling hatchback cars, has been increased in price from Rs 2,500 to Rs 23,200, which differs according to different variants.

Hyderabad: Shah gave reply to Owaisi, said – give in writing the eviction of Bangladeshis and Rohingyas

Reaction to the controversial statement of former cricketer Yuvraj Singh, father Yograj Singh, who came in support of farmers

Sachin Tendulkar congratulated Mohammad Kaif on his birthday in a special way, said that this name was famous among fellow players- VIDEO