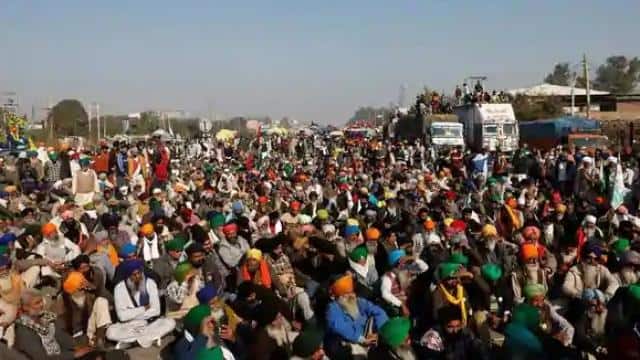 Farmers agitating against the new agriculture law have now announced to block Delhi. On Sunday, Surjit S. Phool, president of the Indian Farmers Union Revolutionary, said that instead of going to jail at Burari, we will encircle Delhi. Surjeet said that he will now surround Delhi and the capital’s chief will block five entry points.

Explain that if the farmers did this, then entry and entry into Delhi could be completely stalled. Farmer leaders said that we have decided that we will not allow the leader of any political party to speak on our platform, whether it is Congress, BJP, AAP or other parties. The farmers said that our committee will allow the organizations that are supporting us and if we follow our rules.

Instead of going to open jail in Burari, we’ve decided that we will gherao Delhi by blocking 5 main entry points to Delhi. We’ve got 4 months ration with us, so nothing to worry. Our Operations Committee will decide everything: Surjeet S Phul, President, BKU Krantikari (Punjab) https://t.co/aH5xm26WAi pic.twitter.com/2L0yL7vVmf

Agitated farmers will not go to Burari
The farmers, protesting against the Centre’s three agricultural laws, decided on Sunday that they would not go to the Burari Maidan in the national capital and stay on Delhi’s borders. Thousands of farmers continued their demonstrations at Singhu and Tikri Border for the fourth consecutive day on Sunday. Union Home Minister Amit Shah on Saturday appealed to the farmers to go to Nirankari Maidan, the saint of Burari. Farmers have been offered this ground for peaceful demonstrations.

Fear of ending the MSP system
Significantly, the All-India Kisan Sangharsh Co-ordination Committee, National Kisan Mahasangh and different factions of the Bharatiya Kisan Sangh (BKU) had called for a ‘Delhi Chalo’ march. The farmers are protesting against the three agricultural laws of the Center. They fear that this will end the minimum support price system and leave them on the “mercy” of big industrialists. The central government has invited several organizations of farmers in Punjab to hold the second phase of talks in Delhi on December 3.

Baba Venga’s bizarre prediction, deaf and Putin will be killed in 2021

The Presidential Years: Pranab Mukherjee’s son Abhijeet asked to stop publication of his father’s last book, know what is the reason