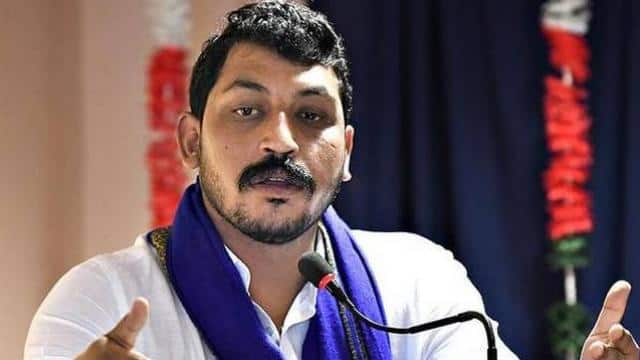 Azad Samaj Party National President Chandrashekhar Azad claimed that his convoy was shot at here. Senior Superintendent of Police Santosh Kumar Singh, however, said that the incident has not been confirmed yet and only one news channel is showing news related to the alleged attack.

Chandrashekhar Azad wrote on his Twitter account that opposition parties were nervous due to the Azad Samaj Party contesting the election. He tweeted that the opposition parties have been scared due to our candidate landing in Bulandshahr election and today’s rally has given them sleep due to which my convoy has been fired in a cowardly manner. This shows the frustration of their defeat. He wants the atmosphere to be bad but we will not let it happen.

Opposition parties have been frightened by our candidates landing in Bulandshahr election and today’s rally has given them sleep, due to which my convoy has been fired in a cowardly manner. This shows the desperation of their defeat, they want the atmosphere to be bad but we will not let this happen.

Bulandshahr SSP SK Singh said that there were reports in the media about firing on Chandrashekhar Azad, although the incident has not been confirmed yet. He said that there has been a ruckus between the workers of Azad Samaj Party and AIMIM yesterday, if a complaint is made, a case will be registered.

There are reports in media about shots being fired at Azad Samaj Party’s Chandrashekhar Azad, originating of the incident has not been established. A ruckus erupted b / w workers of Azad Samaj Party & AIMIM y’day, if a complaint is filed we’ll register case: Bulandshahr SSP SK Singh pic.twitter.com/vWpI51uEcm

Please tell that Azad has made Haji Yameen his party’s candidate in the Bulandshahr by-election. At the same time, his party has fielded 30 seats in the Bihar assembly elections. Azad has entered the electoral battle with the Progressive Democratic Alliance (PDA) led by Pappu Yadav’s Jan Adhikar Party in Bihar.

IPL 2020 was to be canceled due to Novak Djokovic, Arun Dhumal made shocking disclosure

CDS Bipin Rawat’s clear message to the three armies – increase troops in Ladakh, be ready for every adverse situation