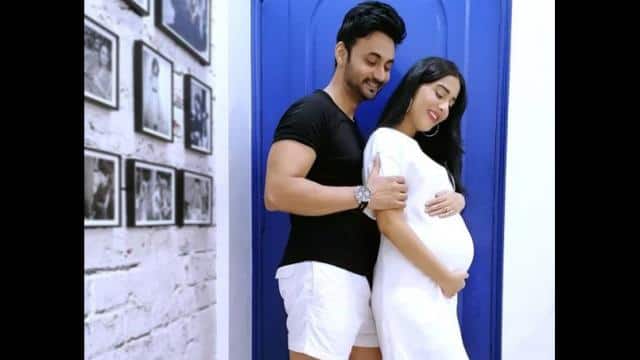 Bollywood actress Amrita Rao recently spoke openly about pregnancy period, motherhood period and bold scenes in her career during an interview. Amrita Rao says that the joy of the arrival of the little guest, the more she feels nervous about the Motherhood period. However, she wants to move forward by befriending Baby.

Amrita Rao says in a conversation with the Times of India, “I have heard that there are constant changes in the babysitting. You see a new thing in them every day. Yes, I feel nervous about the idea of ​​Motherhood, but I believe in that saying – When you see the face of your child, the mother inside you wakes up. I want to be friends with Baby and move forward with her in life. “

Talking about career, Amrita Rao says that I had stepped into the film industry with a tagline, ‘Lucky Messkat’. Probably, newcomers do not see one silver jubilee and success in today’s time which I have seen from my early career. My popularity was true, there was no PR and marketing strategy. Yes, I had some things out of my hand, because I had no godfather.

VIDEO: Mukesh Khanna clarified on the statement, said- I am not worried against the women but their safety

Amrita Rao says, “When I was at the top of the casting list, I rejected many films. I never had to ask for work from the directors. I always had work, but I also did many big projects because I didn’t feel comfortable doing some bold scenes. My journey was easy, but also difficult, because I made many mistakes along my way. But, I think being self-made is the sweetest. “