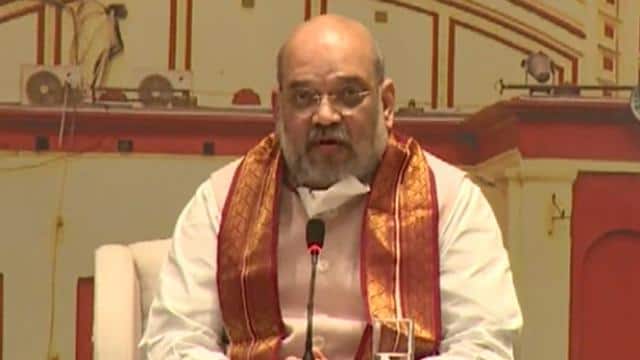 Accusing the TMC government of appeasement, the Home Minister said that many people in Bengal have a feeling of being second class citizens. He said, “There are three types of laws in Bengal, separate for nephew, separate for your vote bank, you must understand what I am saying, and separate law for the public.”

Promising to make Sonar Bangla in 5 years, the Home Minister appealed to give BJP a chance in the state. Amit Shah countered the figures of Bengal, retaliating strongly on Mamata Banerjee’s allegations about crime against women in BJP states.

He said, “I question Mamta Didi – why have you not given NCRB the statistics of crime in your state after 2018?” What to hide and why to hide? The people of Bengal want to know what is the status of law here. I have the figures for 2018. Bengal was ranked third in terms of crime against women, number one in rape and acid attack. The number of women missing was second. Bengal had an average of 5 per cent in conviction in cases of crime against women, while the national average was 23 per cent. ”The Home Minister said that Bengal was at the forefront of political killings. Over 100 BJP workers have been killed in the last one year, but what action was taken?

During the press conference, Amit Shah said that the infiltration was going on unabated. The development of a country-state whose borders are not secure has no meaning. Modi ji has done a lot of work for the development of Bengal. Shah said, “Bring a government in Bengal that reaches Modi ji’s plans to the public.” Under the Prime Minister Ayushman Yojana, up to 7 crore people are being given free treatment up to Rs 5 lakh. But not a single person from Bengal is getting this benefit. Under the Prime Minister Kisan Samman Nidhi, farmers across the country have received 95 thousand crores, but farmers in Bengal have not received this benefit. I want to tell the farmers of Bengal that this money will come in your account after May, because then the BJP government will be here.

Sangh does not want Muslims to participate in politics: AIMIM Chief Asaduddin Owaisi

Who is the Chief Minister of Bihar? Nitish Kumar said – I did not make any claim, NDA will decide