Concerned over China’s furious reaction to the visit of US House of Representatives Speaker Nancy Pelosi to Taiwan, the US has postponed a long-proposed intercontinental ballistic missile test. China’s People’s Liberation Army (PLA) began military exercises around Taiwan in response to Pelosi’s visit to Taipei. After this, the US has decided to postpone the test flight of the intercontinental ballistic missile this week.

Pelosi held talks with Taiwan’s top leaders on Wednesday, about which China had expressed displeasure. John Kirby, the National Security Council’s coordinator for Strategic Communications, said on Thursday that the test of the Minuteman-3 ICBM, scheduled for this week, has been rescheduled. “We believe that it is not in our interest, in the interest of Taiwan, or in the interest of the region to allow tensions to escalate,” he said. This is the reason why the test of Minuteman-3 ICBM missile has been postponed this week.

Also read- Will not be able to attack from outside, will be trapped if inside; Solid plan to save Taiwan from China

Kirby said, “China is conducting military exercises around Taiwan, while the US, on the other hand, is behaving as a responsible nuclear power by minimizing the risk of miscalculations and misconceptions.” Pelosi is the top US official to visit Taiwan in the past 25 years. She had reached the self-ruled island on Tuesday, which infuriated China.

Indeed, China claims Taiwan as its territory and opposes its relations with foreign governments. China earlier this week announced restrictions on Pelosi and his family on Friday for traveling to Taiwan. With this, China also canceled its talks with Washington in many other areas including defense and climate change. 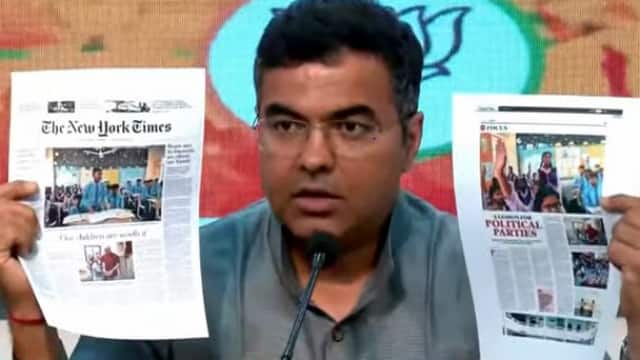