The ruckus that started from Bihar against the ‘Agneepath’ scheme reached many districts of UP on Thursday. Somewhere there was arson and somewhere there was vandalism. Clashes also took place with the police in several districts. On Friday also, the officer is on high alert mode after intelligence reports about the possibility of youth taking to the road. On Thursday evening, in Varanasi, under the chairmanship of Divisional Commissioner Deepak Agarwal, a meeting of police, administration and army officers made a strategy regarding security and legal action. It was decided that magistrates and police officers would be posted after sealing the boundaries of the district. The youth coming here will be appealed to return by giving a memorandum. Legal action is being prepared by taking him into custody for non-compliance. After the meeting, the way to the Army Recruitment Office located in the cantonment was sealed late in the night.

Sector and zonal magistrates have been deployed in the district for security. The responsibility of the urban area will be on the Additional Municipal Magistrate and ACP, while in rural areas, the SDM and CO will take over the command. On the other hand, vigilance has also been increased at the Army Recruitment Office located in the cantonment. A large number of police forces will be deployed on every road leading to the cantonment. There will be a close watch on railways, roadways, bus stands.

Appeal to youth and parents

A joint appeal has been made by the administration and police officers that the youth and parents of the district should not be misled on the basis of the misleading information being propagated from other sources including social media regarding army recruitment. Agneepath scheme is not applicable to the recruitment examinations held earlier.

Agneepath: 72 hours ultimatum of students, plan should be withdrawn, no Bihar bandh

In the context of the youth who want to join the army in future, it is proposed to recruit Agniveers according to the Agneepath scheme. The Chief Minister has made the situation completely clear through a tweet. Therefore, parents and ex-servicemen should prevent their family, youth from participating in any protest etc. in this context.

Input of performance on 17th and 20th June

A youth of Ghazipur’s Jakhania area, belonging to a political party, put a status on Facebook and called for a demonstration from the districts of Purvanchal by reaching the army recruitment office in Varanasi on June 17. The officials of Ghazipur and Varanasi commissionerate took cognizance of the status written with furious messages. Immediately after issuing an alert to the Intelligence Unit, information gathering has been started. On the other hand, the police is also monitoring the activities of the youth at the local level. Police Commissioner A Satish Ganesh said that the relevant message is in cognizance. Action is being taken.

Vigilance has been increased at the Army Recruitment Office located in the cantonment. The internal information system of the army has been directed to keep an eye on the activities outside. On the other hand, RPF, GRP have been put on alert in view of the possibility of demonstration at the stations. 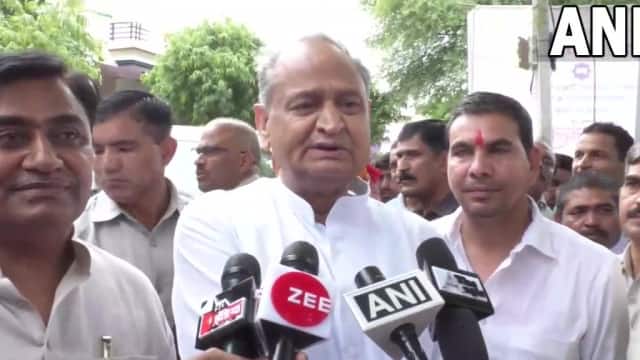