Cheetahs have returned to the country after 70 years. These cheetahs have been brought from Namibia and settled in India. And has made Kuno National Park in Madhya Pradesh their new home. The cheetahs that have been brought to India have five females and one male. Let us tell you that there was talk with Iran earlier to bring cheetahs to India, but due to some condition, agreement could not be reached.

Actually, the matter dates back to the 1970s when the Indian government first considered bringing them from Iran after the extinction of cheetahs. The genetics of Iranian cheetahs are considered to be the same as African cheetahs and Iran was agreeable to this but it put a condition in front of India. Iran had asked for Indian lions in exchange for cheetahs, due to which India changed its decision.

Indian scientists did not give up even after Iran’s refusal. In the year 2000, scientists from Hyderabad proposed that if we get only some cells and tissue of cheetah, then we will clone it and make it a cheetah. But Iran refused even about this. Later in the year 2009, the exercise to bring Cheetah to India started again. And the Government of India conducted a study for the survival of African cheetahs in India. Where the committee declared the Kuno National Park as suitable for cheetah reintroduction. And then the government approached Namibia this time for cheetahs.

According to the information, apart from Namibia, Kenya was also talked about to bring cheetahs to India during that time, but a lot of work has been done on Cheetah Care Protection by the Cheetah Foundation in Namibia. That’s why India was trying to bring cheetahs from Namibia for a long time. And after talks, finally an agreement was reached with Namibia.

In 2010, the then Forest Minister Jairam Ramesh had reached Namibia to see the cheetahs. And in 2011 the Manmohan Singh-led government released Rs 50 crore for Project Cheetah. According to the information, a budget of Rs 300 crore per year was proposed on the maintenance of cheetahs. But some organizations objected and dragged the project to court. After which in 2012 the Supreme Court stayed the project. In 2013, the Supreme Court had asked the government to translocate lions from Gir in Gujarat instead of bringing cheetahs.

Then in 2019, the Central Government cited the report of the Expert Committee, after which the Supreme Court lifted the ban on Project Cheetah. And once again the Government of India started work on Project Cheetah again. Today, after three years, on September 17, 2022, 8 cheetahs were brought to India by plane, which PM Modi left in Kuno National Park on his birthday today.

According to the experts, the biggest reason for considering Kuno National Park as a better place for cheetahs was that the population of humans in the forests here is very less. Due to the fear of dacoits, people here have settled outside. Along with this, about 200 sambar, chital and other animals have already been brought here.

At the same time, when an organism becomes extinct from the ecology chain, other organisms take its place, due to which the ecosystem continues. Wild dogs and wolves have replaced cheetahs, but conflicts can arise when cheetahs are released again. Asiatic cheetahs are now found only in Iran. Asiatic Cheetah is considered one of the endangered species. It lives in the rest of the suitable habitat in the vast central desert of Iran. Till the year 2015, there were only 20 cheetahs in Iran, according to the information received at present, the total population of Asiatic cheetahs is about 40 to 70. 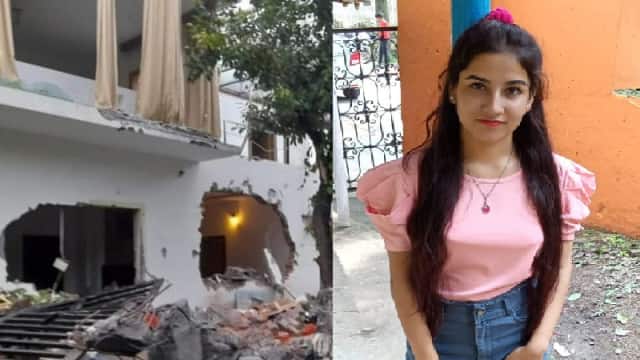