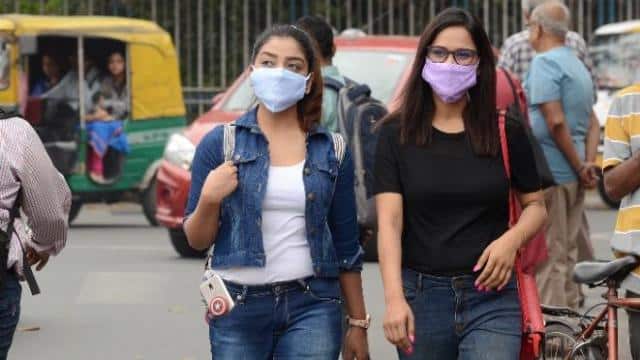 There are record daily cases of corona virus infection in Delhi. There were a total of 6725 cases in the capital on Tuesday. At the same time, the maximum number of 6842 new cases have been reported on Wednesday. The Delhi government has acknowledged that a third wave of Corona has arrived in the national capital. For the first time more than 6 thousand cases were registered yesterday and today the record has also been broken. On Wednesday, 51 people have died due to corona.

According to the Health Department, 6842 new cases of corona have been reported in Delhi today. At the same time, 5797 people have recovered completely after treatment and discharged them. At the same time, the number of dead has increased to 6703 with 51 deaths. On Tuesday, 48 patients died.

According to the Health Bulletin, after the new cases, the total number of infected people has now increased to 4 lakh 09 thousand 938. Out of this, 3 lakh 65 thousand 866 people have been cured after treatment. At the same time, the number of active cases has now reached 37 thousand 369. Out of total active cases, 22 thousand 248 patients are receiving health benefits while staying in home isolation, while others are being treated in different hospitals. At the same time, the number of container zones has now reached 3596.

No need to panic – Arvind Kejriwal

On the fast growing cases, Delhi Chief Minister Arvind Kejriwal said on Wednesday that there has been an increase in COVID-19 cases. We can call this the third wave of COVID cases. However, Kejriwal said that there is no need to panic and the government is constantly monitoring the situation. We are monitoring the situation and will take all necessary action. Kejriwal said that the priority of the government is to provide the best treatment to the patients of Kovid-19 in Delhi and keep the death rate to a minimum. The Chief Minister said that there is no dearth of beds for Kovid-19 patients in the city. He said that although there is a shortage of ICU beds in some large, private hospitals, we are trying to improve it.

At the same time, Delhi Health Minister Satyendra Jain said that due to COVID-19, about 7000 beds are full in Delhi, while 9,000 beds are vacant. Increasing cases can be called the third wave of COVID-19, but we have focused on increasing the test in the last 15 days, so it can also be attributed to the increase. Jain said that we had reserved 80% of ICU beds in private hospitals for corona patients, which was stayed by the Delhi High Court. For this we are now going to the Supreme Court. We will demand the Supreme Court to reverse this decision.

What’s the latest update on the corona vaccine? Soon after PM Modi’s review, SII chief Adar Poonawala gave the good news, the first to make the vaccine available in India.