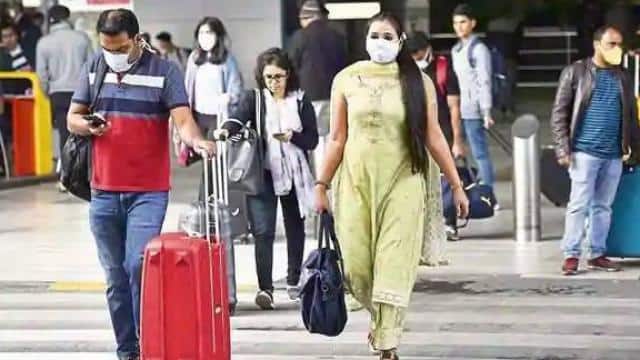 Even though the status of Kovid-19 infection is still worrying all over the world, but cases are now coming down in Delhi and all over India. 386 new cases of Kovid-19 were reported in Delhi on Tuesday and the infection rate remained well below one percent. This is the ninth time in January when daily cases have come down to less than 500.

Officials said infection cases in Delhi reached 6.3 lakh. With 16 more deaths due to the disease, the death toll in the epidemic has risen to 10,707 in the capital.

The number of active patients in Delhi decreased to 3,179 on Tuesday from 3,354 on the previous day. The Kovid-19 infection rate has been reported to be 0.51 percent. According to the Health Bulletin released by the Delhi Health Department, 386 new cases came out after 75,913 investigations conducted on the previous day including 38,706 RT-PCR tests and 37,207 rapid antigen tests. The bulletin said that the total number of corona virus cases in the capital has increased to 6,30,892.

Meanwhile, the first consignment of the Kovishield vaccine, meanwhile, arrived at Delhi’s central storage center Rajiv Gandhi Super Specialty Hospital (RGSSH) on Tuesday afternoon, official sources said. The Delhi government has selected 89 centers, including several government and private hospitals, for the first phase of vaccination campaign for about three lakh health workers in the capital. Vaccination will begin on January 16.

SpiceJet flight landed at Delhi airport at around 10 am in connection with this consignment of vaccines. The Delhi Police then set up the ‘Green Corridor’ (uninterrupted route) to assist in safely transporting it to Delhi Government’s largest Kovid-19 hospital. Four days later, a nationwide vaccination campaign against the corona virus is about to begin. Appropriate arrangements have been made for storage of vaccines at RGSSH.

DCP (Indira Gandhi International Airport) Rajiv Ranjan said that adequate security arrangements have been made at the storage site and police control room vehicles will also make rounds around it as part of its patrolling scheme. DCP (Shahdara) Amit Sharma said that we have deployed personnel in the storage area of ​​Rajiv Gandhi Super Specialty Hospital.

Earlier officials had said that more than 2.54 lakh doses of Kovishield would be delivered to RGSSH. The vaccine has been developed by Oxford University and the British Swedish company AstraZeneca and produced by the Serum Institute of India.

A senior official said, “Around 50,000 vials of vaccine can be kept in the storage center of RGSSH and all arrangements have been made to keep it in a temperature controlled environment.” From there, these vaccines will be transported to the vaccination centers by special vehicles under tight security. ”

Modi government will change PF rules and working hours, your salary will be reduced – know what new rules will be

Horoscope 2 January: Scorpio zodiac signs will benefit from traveling, Sagittarius zodiac people may get hurt, know the position of other zodiac signs

Pakistan will get free corona vaccine made in India, paving way for 1 crore 70 lakh doses