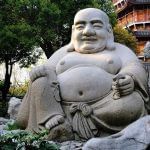 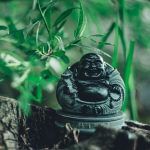 Laughing Buddha was from Japan and was one of the many disciples of Gautam Buddha. His name was Hotaati. It is said that as soon as he attained self-knowledge, he started laughing. Hotai used to go from village to village and make each other laugh and the villagers were very happy with him. Laughing was his specialty. Because of this the name was given. 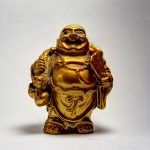 It is believed that like the rest of Gautam Buddha’s disciples, he did not give discourses or speeches, but always gave the message of laughing. Many people say that wherever he used to go, there used to be a crowd and people used to come to meet him. 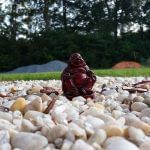 People used to be very happy to meet him and because of this, he is seen as associated with positivity. He believed that knowledge is attained by actions, for this there is no need for preaching. He believed that one should never cry and keep on laughing. 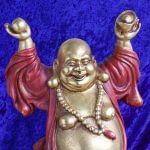