Non-Cooperation Movement to withdraw Mahatma Gandhi The countrymen had suffered a lot in accepting the decision. This was a big blow to the people who were anxious to lay down their lives in the freedom struggle. There was despair and resentment all around. The British were under pressure due to tremendous public participation in the movement. Freedom seemed to be drawing near. but then chauri chauraHurt by the violent incidents of Gandhiji decided to withdraw the movement. Suddenly everything came to a standstill and the wait for the dawn of independence got prolonged.

The non-cooperation movement shook the heart of the British Raj

The incident of Chauri-Chaura happened on 4 February. During that time almost all sections of the society were agitated against the British rule. The anger of the peasants, who were crushed between the double levels of exploitation of the landlords and the administration, was on the rise. There was tremendous participation of farmers in the non-cooperation call in the provinces of Awadh, Rajasthan, Sindh, Gujarat, Assam and Maharashtra etc. Incidents of confrontation were happening from place to place. In the non-cooperation movement that started from 1st August 1920, the students left their studies and all the teachers and employees were on the streets leaving their jobs. Lawyers were also with him and he used to wear coat-gowns only to protect the satyagrahis. A large group of merchants voluntarily or under public pressure was abstaining from trading in foreign goods. The impact of the movement can be gauged from the boycott of council elections. In these elections, the voter turnout was only between five and eight per cent. Foreign cloth imports of Rs 102 crore in 1920-21 declined to Rs 57 crore in the next year.

During the same period British cotton imports fell from 1292 million yards to just 955 million yards. Production on handlooms increased meanwhile. On the other hand, the prohibition campaign increased harmony in social life and reduced family discord. There was also a significant reduction in excise income in the provinces of Punjab, Madras, Bihar and Orissa etc. During this period there was no communal tension due to Congress’s support to the Khilafat movement. All this atmosphere was encouraging for the freedom lovers. People thought that they would soon overthrow the British power. But the sudden withdrawal of the non-cooperation movement left the people distraught.

Gandhiji had his own thinking, belief and reasoning in this matter. They did not accept such a path and movement, which is violent. But public sentiments were in favor of the movement. Those who were not supporters of violence were also blaming the provocation of the police for Chauri-Chaura violence. He was against leaving the protesters arrested in this episode on their own. The arrest and harassment of all the innocents increased the anger of the people.

23 policemen were burnt alive in Chauri-Chaura violence; Then the repression cycle went

The Chaura-Chaura incident has an important place in the freedom struggle. Unfortunately, the martyrs who sacrificed in this remained neglected. On 4 February 1922, there was a fierce reaction to the use of force by the police on the crowd of farmers and laborers who were protesting at the Chauri-Chaura police station in Gorakhpur. 23 policemen and watchmen were killed in the incident when the police station was set on fire by the agitated mob. This incident was echoed in many countries of the world including the House of Commons in London. Angered by the incident, Gandhiji withdrew the non-cooperation movement on 12 February 1922. Then Bardoli’s resolution was passed, in which the need for constructive work was emphasized before starting any political movement.

On 4th February, in the meeting of farmers and laborers in Dumri Khurd, it was decided to stage a sit-in in front of their shops to stop the sale of toddy and liquor in Mundera market. There was also a program of protest at the police station in the midst of reaching Mundera in the form of a procession from the meeting place. Two days back, Inspector Gupteshwar Singh had thrashed three workers, which enraged the local people. In the meeting, vows were taken not to back down even if the police fired. The police was aware of this protest. By the time they reached in front of the police station at around 2 pm, the crowd in the procession had increased considerably. Inspector Gupteshwar Singh was stationed at the police station gate with armed soldiers and watchmen. A major part of the procession had passed in front of the police station. Even then two-three hundred protesters were staying in front of the police station. In the case of beating his associates, the matter was initially resolved with the clarification of the inspector, but soon the dispute took hold. Initially, the police fired in the air. To fill the courage and enthusiasm, there was a noise in the middle of the crowd that the bullets of the police were getting watered due to the grace of Gandhiji. In response to the aerial firing, stone pelting started from the crowd. Further, the protesters played in direct firing by the police and after the death of Budh Ali and another the crowd became completely uncontrollable. The police station was set on fire. The policemen who came out to escape were beaten to death. This was a direct challenge to the British power. In retaliation, the havoc of the police-administration wreaked havoc on all the innocent people.

On 9 January 1923, the Sessions Court sentenced 172 farmers to death in the Chauri-Chaura case. The decision was challenged in the High Court. Many eminent lawyers, including Pandit Madan Mohan Malviya, made a strong defense in defense. On 30 April 1923, a division bench of Chief Justice Edward Grimwood Mears and Sir Theodore Piggatt sentenced 19 accused to life imprisonment, 14 to life imprisonment, 19 to eight years, 57 to five years, 20 to three years and the other three to two years each. Sentenced. 38 accused were acquitted. The 19 accused, whose death sentence was restored by the High Court, were hanged between July 2 and 11 of the same year.

After the Chauri-Chaura incidents, Gandhiji did not want to take the responsibility of the decision to withdraw the non-cooperation movement alone. Due to violent incidents, he was not in favor of continuing the movement but wanted the consent of the Congress Working Committee to be included in his opinion of suspending the movement. Gandhiji wrote a letter to the members of the Working Committee in this regard on 8 February 1922. On the same day while going from Bardoli to Bombay, he also wrote an article in Gujarati titled ‘The crime of Gorakhpur (Chauri Chaura)’. This article was published in ‘Navjeevan’ on 12 February. Gandhiji wrote, ‘I do not want to take the responsibility of suspending the non-cooperation movement on myself. I want this to happen through the deliberations of the Working Committee. ‘However, the withdrawal of the non-cooperation movement is considered to be the decision of Gandhiji. For this, he had to face severe criticism from all the big leaders of the Congress and especially the youth involved in the movement.

In the letter dated 8 February, Gandhi wrote, “This is the third time I have received a shocking news of the mass civil disobedience movement on the eve of preparation. I am agitated by the violent incidents of Gorakhpur. Bareilly and Shahjahanpur where volunteers tried to capture the town hall were equally shocking incidents. When the non-cooperation movement of criminal character is going on in other parts of the country, the civil non-cooperation movement of Bardoli will not leave any mark on the country. Both will have the same end. The whole concept of non-cooperation movement rests on the concept of non-violent character and working accordingly. I could possibly be a failed student of human nature to continue a movement still believing that in a vast country like India, such an environment can be created. I personally cannot be part of a movement that is half violent and half non-violent, though it may be capable of achieving Swaraj, but that will not be real Swaraj.

Referring to the convened meeting of the Congress Working Committee on February 11 in this regard, he wrote that this meeting will decide whether the non-cooperation movement should be postponed for some time. Second, if it is postponed, will it hinder the creation of a constructive work and non-violent environment in the country for a certain and sufficiently long time? Gandhiji had written to the members of the working committee that if you cannot come to this meeting, then send your opinion by telegram or letter. This clearly shows that Gandhiji had made up his mind to withdraw the movement.

In his article in the Chauri-Chaura episode, he wrote, ‘I always stand firm on my religion. It can be tested at the same time. I am ready to take great risks as long as I want to see the power of non-violence spread. However, when I see that other people are taking wrong advantage of my movement, then I cannot take a step forward. I put my thoughts to the readers, because I want each one of them to help me. This is a new type of struggle. Those who believe in peaceful methods should seek it in their hearts. They have to dedicate themselves in the promotion of non-violence. The purpose of this struggle is not to spread hatred but to end it. Its purpose is not to create obstacles among people but to bring them together. It is not that we should use both of them, but to recognize the difference between right and wrong judiciously. I am certainly most responsible for the crime of the people of Gorakhpur (Chauri-Chaura) district. But every true non-cooperation agitator is also responsible for this.” 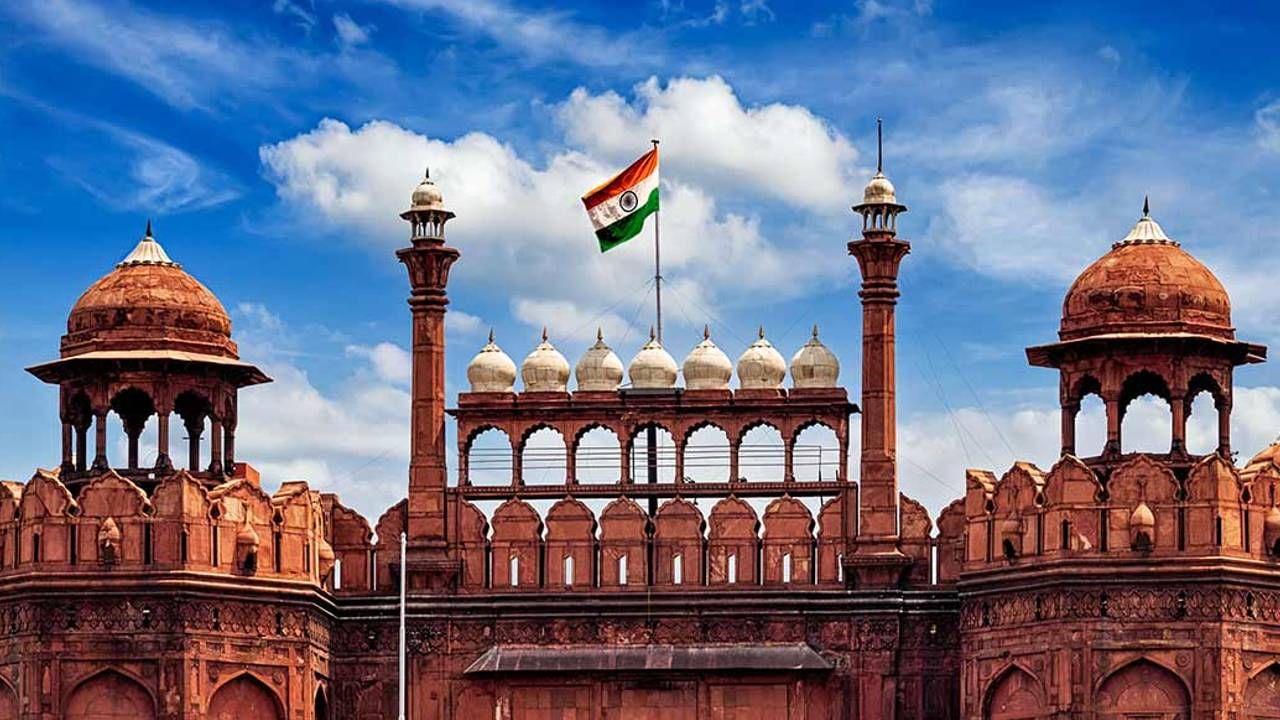