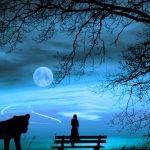 Can it be raised in India? – First of all, let us tell you about India that many dangerous species of animals cannot be raised here. These dangerous species also include lion, cheetah or tiger etc. Under the Wildlife Protection Act, these animals are not allowed to be raised privately. If someone wants to use them for any other work also, then legal approval will have to be taken for this. 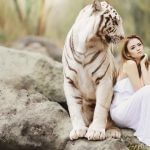 If someone wants to raise animals of dangerous species, then approval will have to be taken from the Chief Wildlife Warden of the state. You have to fulfill every need of this animal. Apart from this, full security arrangements will also have to be made. 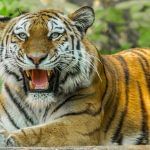 In which country can you raise them? – By the way, many countries have now banned them. This is possible only in Thailand and some countries of Africa. In fact, in the year 2015, when Kusum Mehdel, the then Animal Husbandry Minister in the Madhya Pradesh government, had asked to legalize its rearing to increase the number of tigers, he also gave the example of Thailand and Africa. 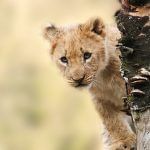 Is there a ban in America? There is a ban on keeping such animals in America too. But, here there are different rules according to different states. In this, it is completely banned in the states of North Carolina, Nevada, Alabama. Different rules have been made in every state and conditions have been kept.

What are the rules in Dubai- You must have seen on the Internet that many Sheikhs keep these animals with them. But now a few years back the rules have been changed and now it has been banned in UAE too. Earlier also, to do this, legal norms had to be fulfilled.