Jack Ma, the richest and veteran businessman of China, is once again in the news. It has been said in the media report that leaving China, he has made Japan his base. He has been seen with family in Japan. Jack Ma, co-founder of China’s largest e-commerce website Alibaba, took retirement about 4 years ago and was giving speech as a motivational speaker. Two years ago, the Chinese government accused him of breaking the rules related to the country and increasing business indiscriminately. There were also reports of his being put under house arrest. In the last two years, he has been rarely seen in public places.

Jack Ma has also gone through such a period when he was being rejected everywhere. Were wandering from door to door for jobs. Know how Jack Ma traveled from a common man to a billionaire and what is the whole story of the dispute with the Chinese government…

Jack was born on 10 September 1964 in a small village in China. His parents used to earn money from programs related to music. Jack Ma wanted to learn English since childhood. For this, he used to go to Hangzhou International Hotel by bicycle. Used to talk to the foreigners coming there in broken English. Gradually he got hold of it and became a tourist guide for foreigners.

As much as Jack Ma was afraid of mathematics, he was equally attached to English. This was the reason that he got only 1 number out of 120 in the college entrance exam, but he did not give up and became so expert that he worked as an English teacher in an institute for 9 years. Jack Ma with his friend (Photo courtesy: The Australian)

Jack Ma applied for jobs in different companies about 30 times, but was rejected every time. When the American brand KFC started in China, 24 people applied, out of which 23 people were selected and Jack Ma alone had to face rejection.

impressed by the power of the internet

Jack Ma first heard about the Internet in 1994 and went to America in 1995 with the help of his friends. Learned and understood the Internet there. Jack Ma came back and created a website giving information about China. After this hundreds of emails started coming to him. This is how Jack understood the power of the Internet. After this, he along with friends started the work of making websites for companies.

From this he got the idea of ​​creating his own website, but he was looking for a different name for it. One day he went to a coffee shop in San Francisco and asked the waitress serving coffee what came to her mind when she heard the name Alibaba. The woman said, Open Sesame means Khul Ja Sim-Sim. Jack Ma already loved the story of Alibaba. That’s how he got the name for his website. 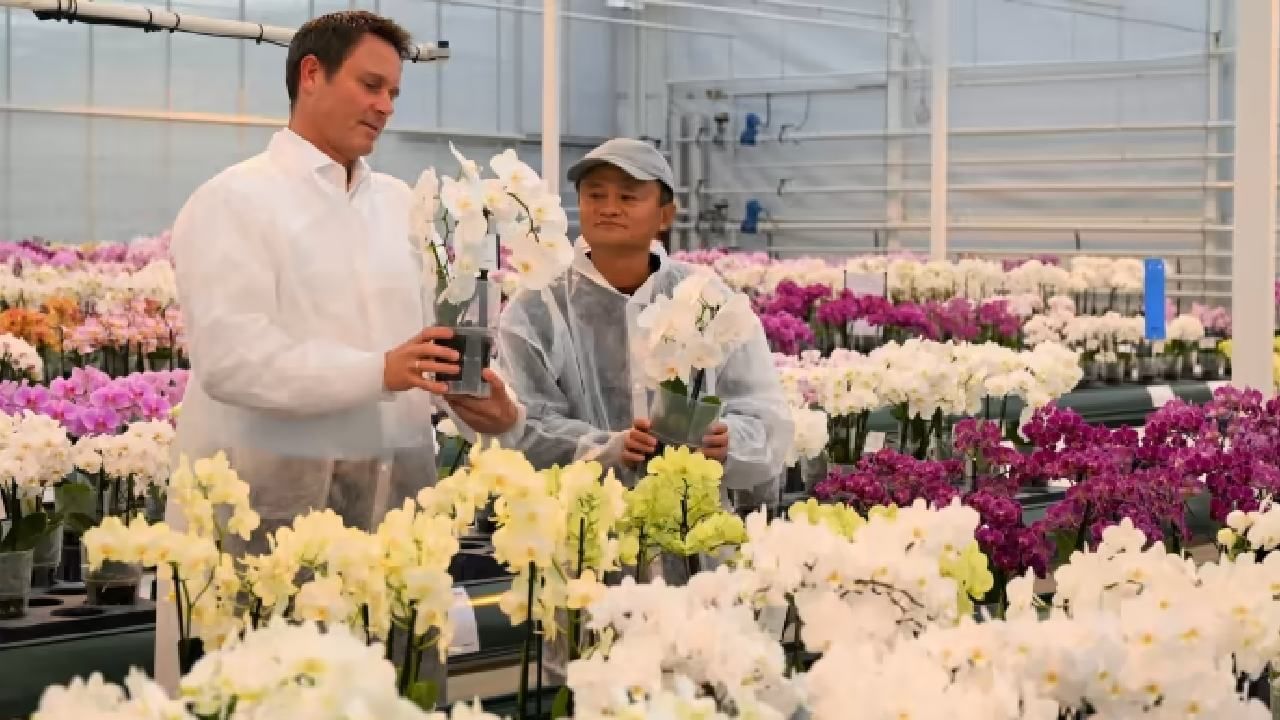 Jack Ma was seen last year at a flower company in the Netherlands. (Photo Credits: Reuters)

This is how Alibaba.com started

In the 90s, he saw the Internet revolution and prepared to start a business with friends. Started online business by raising 60 thousand dollars through friends and named the website Alibaba.com. This is a matter of that time when only 1 percent of the people in China were using the internet.

Jack Ma said that do not compete on the prices of goods, but take the competition forward through the services and innovation related to it. Due to this thinking, the scope of work of Alibaba.com increased rapidly and became famous all over the world. This made Jack Ma stand in the list of the rich.

The story of the meeting that changed everything

Moving fast, Jack Ma openly criticized the flaws of China’s financial system several times. Not only this, questions were also raised on the interference of the Chinese government in the business of Chinese businessmen. Jack continued to do business even after the conflict with the Chinese government, but after a meeting in 2020, the situation deteriorated. A meeting took place in China on 24 October 2020. In which veterans from politics to the country’s economy reached. In this meeting, Jack severely criticized Chinese banks. He described Chinese rules as the biggest obstacle to human progress. In the report of the Wall Street Journal, it was told how Chinese President Xi Jinping was upset with Jack Ma’s words.

Jack Ma disappeared for a long time after the displeasure of the Chinese President. This news became the headlines of the world. In 2020, the 2.7 lakh crore IPO of his company Ant Group was banned. The Chinese government started an investigation against Jack’s company Alibaba by enacting an anti-trust law. The market cap of Nazija company registered a decline of more than 10 lakh crores. After this the graph of decline kept increasing.

To teach a lesson to Jack Ma, the Chinese government made changes in several rules, taking advantage of which action was taken against his company. Since then Jack Ma has been living a low profile. Now it is discussed that he has completely left China and made Japan his permanent destination.