E-census will now take place in the country. From the year 2024, every birth and death in India will be linked to the census. Home Minister Amit Shah (Amit Shah) has recently announced this. He says, this time the e-Census (e-Census) will be 100% accurate. Such a system of census will be prepared that the family itself will be able to fill its information in it. With the help of this, policies can be made for the next 25 years. Lok Sabha (LoksabhaAccording to a reply given in ), the e-census will be conducted in 16 languages. About Rs 8754.23 crore will be spent in this whole process. Soon the preparations for the census will intensify.

In such a situation, the question arises that what is the difference between the old and the new method of census, what things are included in the census, what will it benefit the common people and how will the government use these figures, know the answers to these questions.

The first census after independence was conducted in 1951. Since then, there is a rule to conduct census every 10 years. In such a situation, the question arises that when people are born and die every year, then why census is not done every year. This is done because during the census, not only the number of population is ascertained, but many types of information are collected about them, which takes both time and money. The last census was conducted in 2011. After getting the information of a fixed population, all these forms are sent to the 15 data processing centers built in the country according to the zone. After this they are fed into the software of the government. This approach was adopted in 2001. 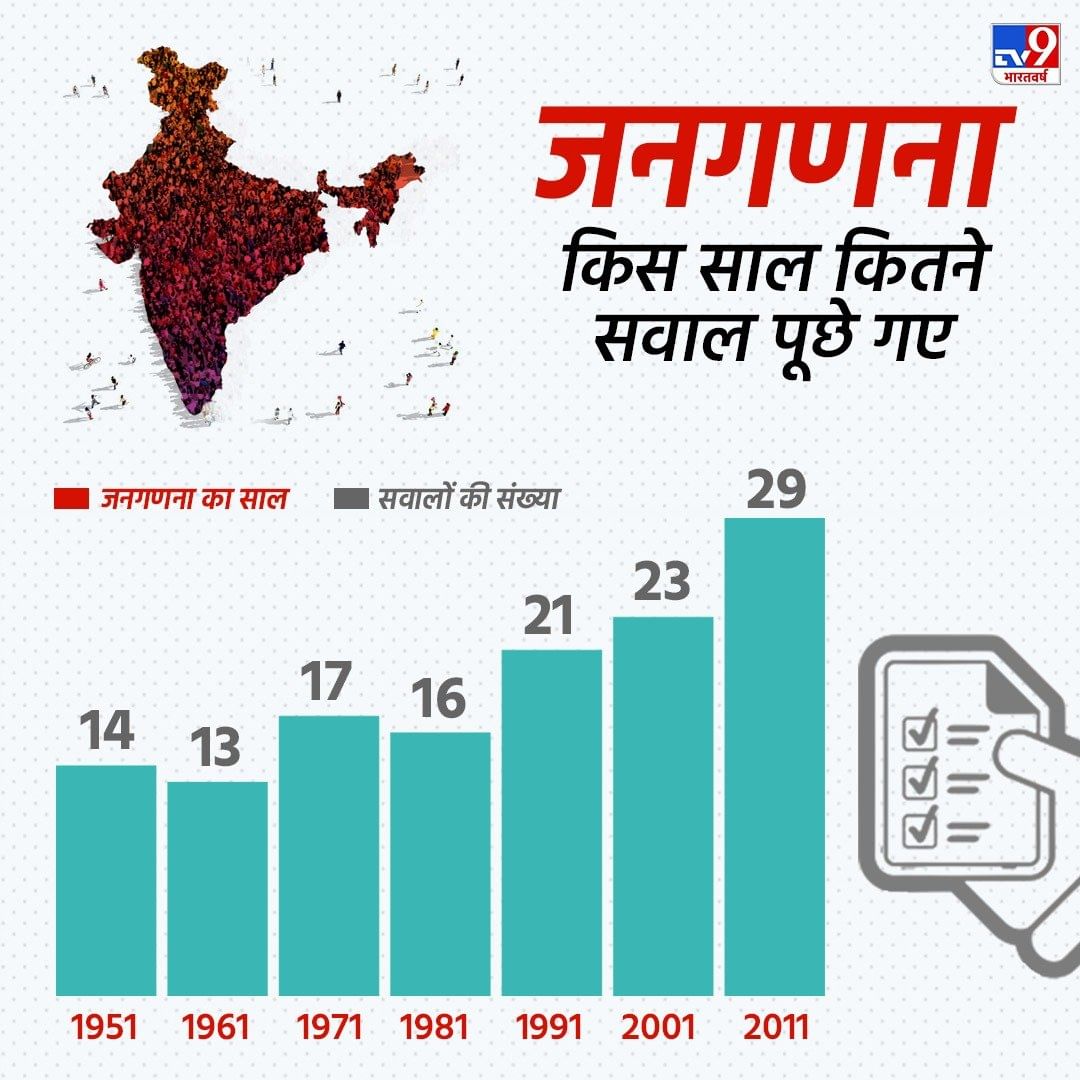 Now the new census will be free from paperwork. Everything will be digital. That is, e-census will be done directly through mobile and tablet. Every information received from the general public will be fed directly into the gadgets. Which will be recorded in the software of the government. Home Minister Amit Shah says, when the census software is launched, every family will be able to update the information of their family members directly in it.

Who will get the benefit of census

To the common man: With the birth of the child, their record will be recorded in the census office. When he turns 18, he will get the right to vote. Family members will be able to give information after the death of that person and his profile will be closed. With this, they will be able to get the benefits of government schemes including pension. Not only this, if someone changes the city, then he will be able to vote in the new city. Government running will be less.

to the governmentAfter the exact figure of the country’s population is revealed, government policies can be made accordingly. The government will be able to decide who is to be given the benefits of the schemes and who is not. Where it is needed, it can be understood. However, census data is also said to be a vote weapon for political parties. After the census, along with the area-wise population, information about many things including caste-religion, education, illiteracy is available, which can also be used in elections.