Skip to content
PFI Ban  : A big news has come out from the Ministry of Home Affairs. In which it is stated that the controversial organization Popular Fund of India (PFI) has been banned. Raids were going on across the country against this organization for the last several days, after which this major action has been taken. Declaring PFI as an illegal organisation, it has been banned for the next five years. Along with this, this ban will also apply to all other organizations associated with it. Before this, the NIA had conducted raids against this organization in all the states across the country, during this raid many important evidences were found in the hands of the agencies. including allegations of terrorist links.

< /div>
Operation Octopus launched across the country against the Popular Front of India (PFI)
The operation was named Operation Octopus. Under this, earlier raids were conducted in some states of the country, but after that suddenly raids were conducted in 15 states at the same time. Meanwhile, all the PFI leaders were arrested. Under the second phase of the operation, on September 27, ATS and state police raided several locations of PFIs on inputs from agencies in 8 states of the country.

Madhya Pradesh, Uttar Pradesh, Telangana, Delhi. , more than 170 PFI suspects were detained in raids by security agencies in Maharashtra, Gujarat, Karnataka and Assam. More than 25 people have been arrested in Assam and Maharashtra, 57 in UP, 30 in Delhi, 21 in Madhya Pradesh, 10 in Gujarat and more than 80 in Karnataka. Meanwhile, very important evidence was found. He was constantly monitoring the matter. A meeting was also called under the chairmanship of Home Minister Amit Shah regarding this raid. In this meeting, all senior officers including DG of NIA and NSA Ajit Doval were present. It is being told that since then the process of banning PFI had started. The Ministry of Home Affairs finally declared PFI a banned organization after looking into reports related to PFI’s cadre, funding and network.

< div>
Controversial organization PFI’s name has been associated with all kinds of violence and riots. In the September 27 raid, the investigating agencies have found many such evidences, which show that the PFI was preparing to wage war against India. PFI was going to use the money from Hawala to cause riots in the country. Since then, strict checks are being carried out in all states. Now strict action can be taken against PFI leaders after the ban. 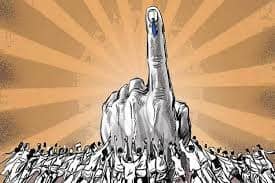