Gyanvapi Controversy: The verdict of the Varanasi court in the Gyanvapi Masjid-Sringar Gauri case will be delivered today. The district court will give a decision today regarding the regular darshan and worship of Goddess Sringar Gauri located in Gyanwapi premises. But before the district court’s order, preventive orders (Section 144) were imposed in Varanasi and security was tightened. District Judge AK Visvesh had last month reserved the verdict in the communally sensitive case till September 12.

Uttar Pradesh Police Commissioner A Satish Ganesh said on Sunday that preventive orders have been issued in the Varanasi Commissionerate. Officials have been asked to discuss with religious leaders in their respective areas to maintain peace. Is Gyanvapi Sringar Gauri Suffering Litigation Or Not? The court will give its verdict on this. This case has become a topic of discussion across the country.

Strict police system deployed
The police commissioner said that the entire city has been divided into sectors to maintain law and order. Police force has been provided as per requirement. Instructions have also been given for flag marches and foot marches in sensitive areas. Checking has been intensified in the hotels and guest houses in the border areas of the district and social media is also being monitored. The petition was filed by these five women seeking permission for daily worship of idols. The Anjuman Intejamia Masjid Committee has said that the Gyanawapi Masjid is a waqf property. Also, the hearing of the petition has been questioned. Hindu party lawyer Madan Mohan Yadav had said that the mosque was built after the temple was demolished. After the order of the Supreme Court, the hearing of the case is going on in the District Court. The trial court had earlier ordered a videography survey of the site.

The survey work was completed on May 16 and the report was submitted to the court on May 19. came The Hindu side claimed in the trial court that the Shivling was found during a videography survey of the Gyanawapi Masjid-Shringar Gauri complex, but the Muslim side contested it. 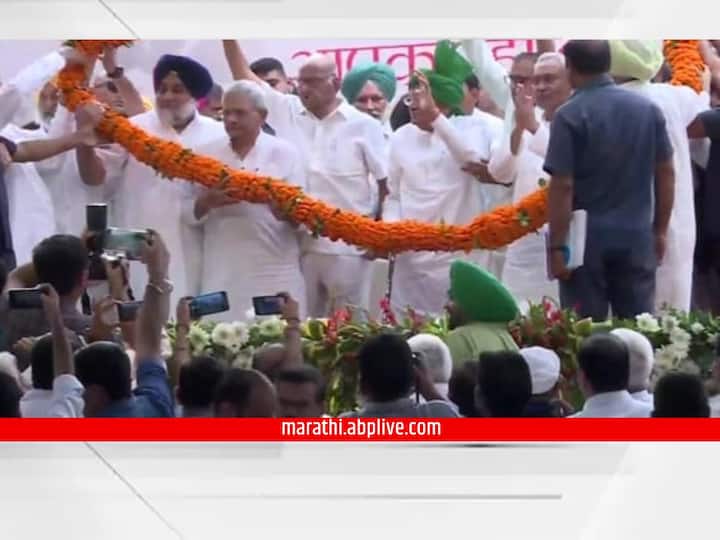