ED Action:  The Competent Authority of the Foreign Exchange Management Act (FEMA) has approved the seizure of Rs 5,551 crore from Chinese mobile manufacturer Xiaomi. This is the largest seizure operation in the country’s history. On April 29, the Enforcement Directorate (ED) ordered the seizure of Xiaomi’s bank deposits.

Later, it was sent to the competent authority for approval. This approval is required by law. FEMA is used to deal with violations of foreign exchange regulations in the country. Xiaomi markets mobile phones in India under the names Mi and Xiaomi, which is a wholly owned subsidiary of China’s Xiaomi Group.

According to ED, Xiaomi in 2014 in India. Started business and started sending money out of the country from 2015. The company paid more than 5551 crores in the name of royalty to three foreign entities. One of these units belongs to the Xiaomi group itself.

Cryptocurrency and Tether ED freezes Rs 47.64 lakh < /strong>
ED has frozen virtual currency crypto and tether worth Rs 47.64 lakh under the Money Laundering Act (PMLA). The ED has taken this action during the investigation of a person named Aamir Khan associated with a mobile gaming application. The agency said a money laundering investigation was initiated against Aamir Khan and others on the basis of an FIR registered by Kolkata’s Park Street Police on the complaint of Federal Bank.

e -Nuggets Gaming App Cheating
Khan created a mobile gaming app called e-Nuggets to cheat people. At first, the mobile game players used to get money through this app, but when the required amount came to the company, suddenly the money stopped for some reason or the other. Later, all data from the app’s server was also destroyed. The agency recovered Rs 17.32 crore during the raid against Khan. 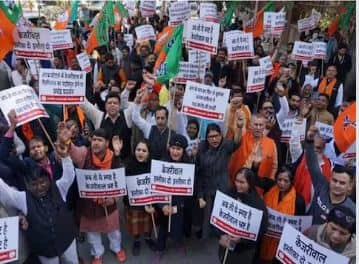