Earlier.. the by-election held for this constituency is going to be a lesson for not only the major parties but also for many political leaders. The parties and leaders who have collected crores of crores will surely be introspective when the results come out. Especially in the three main parties BJP, TRS and Congress, various discussions are going on about the previous result. Many people have analyzed that the Rose Party, which won with 80 MLAs and 15 ministers, won with a majority. There are articles to this effect in some newspapers. The BJP, which did not spare the TRS party in luring the voters, is also analyzing the result. In the review, Kamal Nath concluded that the reason for the defeat was the lack of coordination between the leaders. Palvai Sravanti, the candidate of the Congress party, says that he was limited to the third position because of the hand of key leaders in the campaign. KA Pal, the founder of Praja Shanti Party, cultivated humor with his own style of statements, even though it did not have much impact. Even the BSP, which expected to get up to 15 thousand votes, did not make a significant impact. What can be said is that no matter how much money is spent, no matter how much blood is spent on the campaign, no matter how much money is created for temptations, the main parties have come to the conclusion that nothing has had an effect.

Schemes like Rythu Bandhu, Dalitbandhu, Kalyanalakshmi, Shadi Mubarak are being implemented in Telangana like no other state. Through these schemes, at least two or three people in every household will benefit.. According to that calculation, Kusukuntla Prabhakar Reddy should win with an unshakeable majority in Munugodu. But on the other hand, many TRS leaders can't digest that even if all the powers are at their best, ministers, MLAs work at the micro level as in-charges of wards and MPTC constituencies. Although they are giving more pension than most of the states...not only old people and widows are implementing pension for many groups...there is a rumor going on in the pink party that they have not turned towards car sign. If the signs of victory are shown on the surface.. Even though they are commenting that the voters have given wisdom to the BJP, internally they are of the opinion that this is a sudden victory.

If we count the beneficiaries of government schemes at home, there are more than two lakh beneficiaries in Munugola constituency alone. Out of the 2,41,855 votes in the segment, over two lakh received some form of government benefit. In that case, it should be easy to achieve great success. But the result is different. If it is estimated that there will be more than 40 thousand, there is a discussion that ten thousand will come. At present, it seems that the same understanding is continuing among the rose leaders. If the welfare schemes implemented in the state are to be shown and propagated in other states as well, if BRS party is expected to create a platform on this basis, then there is a discussion about the lack of positivity here. TRS deployed more than a hundred public representatives for a month in advance to win a single by-election. The debate continues in the party as to why the expected lead has not come despite spending at an unprecedented level both in the government and in the party. The Rose Party has gained all its strength with the help of Sama Dana Bheda Dandopayas. Financial and physical forces were used to the full extent.

Why did the youth go away?

Since the time of the movement, the by-election has been the dough for KCR's party. Resigning.. Going to by-election.. Gaining superiority over the ruling party has happened many times in the past. This farce started from the Karimnagar Lok Sabha seat in 2006. After coming to power in the state of Telangana, there was an opinion among the party circles that no matter the election, blacks would be defeated. But the KCR team has taken Munugodu very ambitiously as they lost in the by-elections of Dubbaka and Huzurabad. Dubbaka and Huzurabad are sitting seats for TRS. The Rose Party, which submitted both of these to the BJP, clashed with the BJP in Munugodu, the sitting seat of the Congress party. succeeded. In fact, since the inception of the TRS party, the youth has been joining the party on a large scale. Every time the Telangana youth have resigned and asked for a referendum, even if they are not related to the constituency, the youth of Telangana go to the area where the by-election is being held on a large scale. There are thousands of youth who voluntarily spread the word about how necessary the victory of the TRS party is for Telangana to come. But recently, in the previous by-election, there were signs that the youth were moving away from the TRS and moving closer to the BJP. This seems to worry rose growers even more.

After the defeat on 7th November, the youth expressed their sympathy to Komati Reddy Rajagopal Reddy who met with the leaders of the constituency. They declared solidarity that they will win the next election anyway. There is anger among the youth that job notifications are not coming till now. But recently, the issuance of notifications has increased. Hiring has also started. The TRS leaders thought that the youth would support them in this event, but the result showed that the situation was different in the past. Realizing all these developments, the rose leaders decided to organize a thanksgiving meeting in Munugodu and bring the Chief Minister to it. At the same time, the leaders of Rose want to initiate some schemes to show that the promise of developing the constituency in fifteen days is being implemented.

It was the lack of coordination that sank the horn

The BJP leaders met at the state office of the party on 7th November after the victory. Earlier the result was reviewed. BJP's top leaders concluded that the defeat in the by-election was due to the lack of coordination between the leaders. They stated that the lack of planning during the campaign was also a reason for this. Under the chairmanship of Telangana BJP president Bandi Sanjay, the party's chief leaders met with the mandal in-charges at the state office and reviewed the previous results. MP Laxman, main leaders Etala Rajender, Garikapati Mohan Rao, Jitender Reddy, Vijayashanti, Vivek Venkataswamy, Babumohan, Boora Narsayyagoud, Konda Vishweshwar Reddy, Yennem Srinivasa Reddy, Steering Committee Coordinator G. Manohar Reddy and others participated in the review.

In the review meeting which lasted for about 3 hours, the circumstances that led to the party's defeat were discussed. The leaders of Kamal are of the view that the ruling party has crossed all obstacles to win a single by-election and has done degenerate politics, destroying democracy. It was concluded that TRS won by ten to fifteen thousand votes which is traditional for communists. In order to win in the past, the BJP leaders feel that the promises made by the ministers including the CM should be implemented. After waiting for a month, the BJP leaders decided to bring pressure and if necessary fight with the people.

They made me lonely..!

Even the leaders of his own party did not fully support Palvai Sravanti, who wanted to win in Munugodu where his father had achieved consecutive victories in the past. More importantly, Sravathi is not able to digest Komati Reddy Venkata Reddy's campaign but indirectly campaigning for his brother Rajagopal Reddy. Although the party high command is taking care of Venkata Reddy's affairs, internally they are angry that Venkata Reddy is responsible for his terrible defeat. At the same time, Sravanti feels that all Telangana Congress leaders have focused on Rahul's march and have literally isolated her in the last four to five days.

Sravanti said that after seeing the developments in the previous by-election, she is afraid to continue in politics. He expressed his concern that he does not understand who to believe and who not to believe. Both the ruling parties were accused of murdering democracy in the previous by-election. It was said that even small children were used for their selfishness and they made them addicted to inferior and adulterated liquor and messed with their lives. 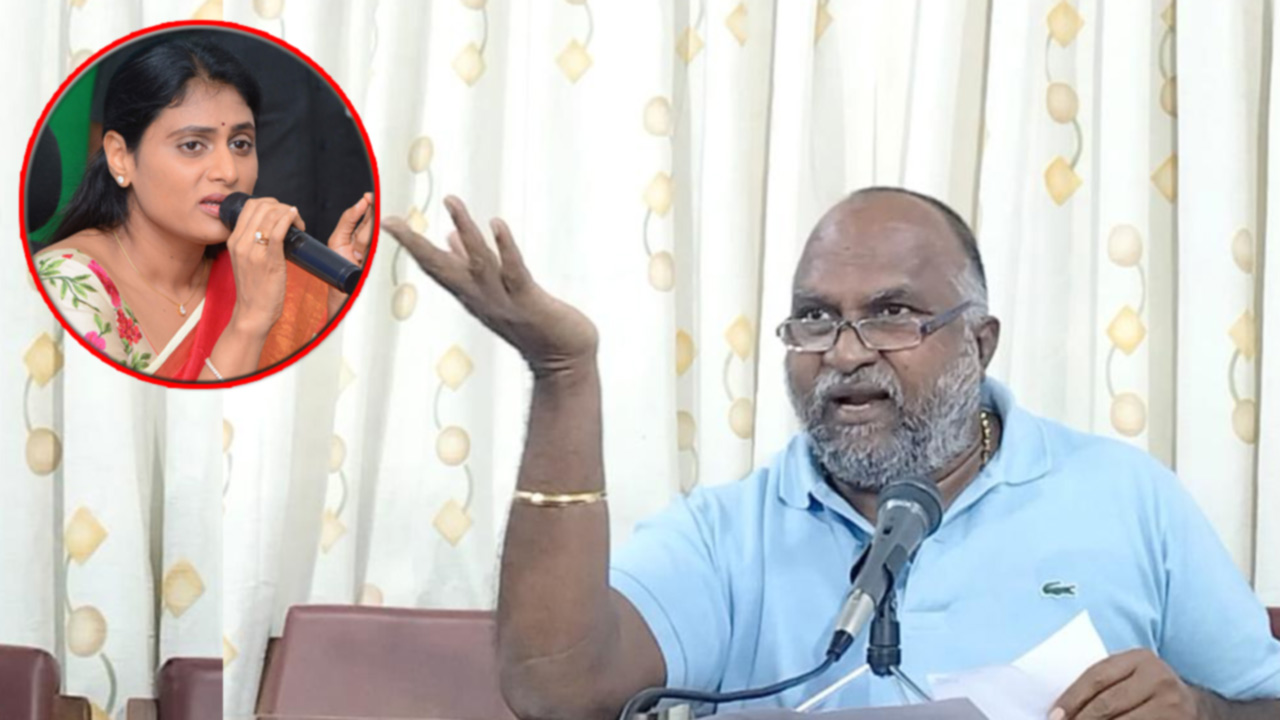