Hyderabad Liberation Day: Before the partition of the country i.e. before 1947, India was divided into two geographical regions. A part is the area under the Viceroy. It was called British India. Another is the territory under the Maharajas, Rajus and Nawabs. There were 562 such kingdoms and kingdoms in India. 327 of these are small kingdoms.

On February 20, 1947, the British government announced that British India would become an independent country. In a meeting held on 25 July 1947, Viceroy Lord Mountbatten suggested that the remaining kingdoms should join one of the two newly formed countries. Many kingdoms agreed to it. However, Kashmir, Hyderabad and Junagadh, which were big states at that time, did not sign the merger agreement on August 15, 1947. On October 26, 1947, the Maharaja of Kashmir signed an agreement to merge with India after the Pakistani army invaded. But the Nizam of Hyderabad said Sasemira. He wanted his kingdom to be a separate country.

Geographically bigger than those two countries..

The kingdom of Hyderabad was geographically a very large area. Hyderabad, Medak, Nizamabad, Mahbubnagar, Nalgonda, Karimnagar, Adilabad districts of Telangana, Aurangabad, Nanded, Beed, Osmanabad, Bidar, Parbani districts which are part of Marathwada region of Maharashtra, Gulbarga and Raichur districts of Karnataka are part of Hyderabad state. Hyderabad is a vast state with 16 districts covering an area of ​​82,698 square miles. More land than England and Scotland combined. Telugus were 48.2 percent, Marathi 26.4 percent, Kannadigas 12.3 percent and Urdu speaking 10.3 percent of the then kingdom. The population of Hyderabad state is approximately one crore 63 lakhs.

All the money is theirs..

Although the population of Hindus is large, the army, police and administrative system are all dominated by Muslims. Nizam Nawab not only had his own currency, postage and stamps but also his own railway, transport system and airport. The Hyderabad kingdom had its own armed forces. Nizam Nawab Mir Usman Ali Khan became the richest man in the world in those days due to abundance of many minerals including coal and iron. The surrounding vassals and jagirdars provoked the rich Nawab to declare Hyderabad as an independent state. On August 15, 1947, the tricolor was hoisted across India as the Nizam hoisted the yellow Asafzahi flag as he declared his kingdom an independent nation.

To be included in Pakistan under the influence of Jinnah.

After it became clear that the partition of the country was a fact, under the influence of Jinnah, the then Nizam thought that Hyderabad should be included in Pakistan. As it turned out that it was not possible geographically, they wished to have Hyderabad as an independent state. In view of his close relations with the British, the Nizam felt that convincing them would not be a big task. But, the British did not agree to this. Not only that, Sardar Vallabhbhai Patel strongly argued that the existence of an independent state of Hyderabad in the heart of the country is like a cancer in the belly of India.

In order to protect his kingdom, Nizam Mir Usman Ali Khan created the Razakar army. It is headed by Qasim Razvi. He is known as the most mercenary. Even before the independence of India, the Rajakars led by Rajvi created anarchy in Hyderabad kingdom. Rapes against women. Killing of Hindus and looting of temples became routine. At the same time, the number of Kandishikas from the neighboring states increased to Hyderabad kingdom. When the Nizam thought that his plan was successful, Indian Home Minister Sardar Vallabhbhai Patel took these atrocities seriously.

He gave offers that no one gave.. However..

Sardar Vallabhbhai Patel, Lord Mountbatten and KM Munshi held talks with the Nizam to ensure that he did not get attached to Pakistan. The rest of the colonists made several offers that no one would make. In June 1948, the then Governor General Mountbatten prepared the Heads of Agreement. As part of that, Hyderabad was given the status of an independent region in India. It is also proposed to remove the Rajakar system along with the military forces of Hyderabad state. It is proposed to hold a plebiscite along with general elections to form a Constituent Assembly so that the Nizam Nawab will continue as the head of Hyderabad State. It was incorporated in that agreement that the Hyderabad State would be governed by the Hyderabad Government and the Indian Government would manage foreign affairs only. Many Indian leaders approved and signed this agreement to ensure that the Hyderabad kingdom did not become part of Pakistan. However, this agreement was rejected by Nizam Nawab. They demanded that they be given complete independence or be treated as a member state of the British Commonwealth.

It is with that fear that the organization of Razacars was formed.

When the talks between India and Hyderabad were going on, the situation of confusion in the country worsened due to the division. Clashes between Hindus and Muslims increased. Fearing a rebellion in his own kingdom, the Nizam allowed his close advisor Qasim Razvi, the head of the Majlis Party, to form a voluntary organization called the Razakarlu. The Urdu word Razakar means volunteer. This is not all the anarchy created by these Rajakars in Telangana. Clashes between the Rajakars and the Hindus escalated. Violence broke out in about 150 villages. Out of which 70 villages are part of India.

Flood of appeals to Patel..

The Nizam's army had a tradition of hiring mercenaries. Arabs, Rohillas, North Indian Muslims and Pathans are part of it. The Arab officer Major General El Idroos was the commander of a total of 22 thousand Razakars. As the Rajakars' behavior became severe, many Telangana residents asked the then Home Minister of India, Sardar Vallabhbhai Patel, to attack Hyderabad. But Mahatma Gandhi said Sasemira. Due to this, India remained silent on the affairs taking place in Hyderabad kingdom for years.

Surrender decision due to changing circumstances..

The Nizam Nawab surrendered before Indian Home Minister Sardar Vallabhbhai Patel on September 17, 1948, accepting the defeat in the face of strong opposition from the people and the entry of the Indian Army into his kingdom. With that Hyderabad Kingdom became a part of India.

He was entrusted with the responsibilities of the Majlis.

From 1948 to 1957, Qasim Razvi, the leader of the Razakars, was in jail. He later sought asylum in Pakistan. Razvi handed over the charge of the Majlis to Abdul Waheed Owaisi. In 1948, the Majlis was banned for some time. Later it changed its name to All India Majlis Ittehadul Muslimin. Since then the party is still going on. 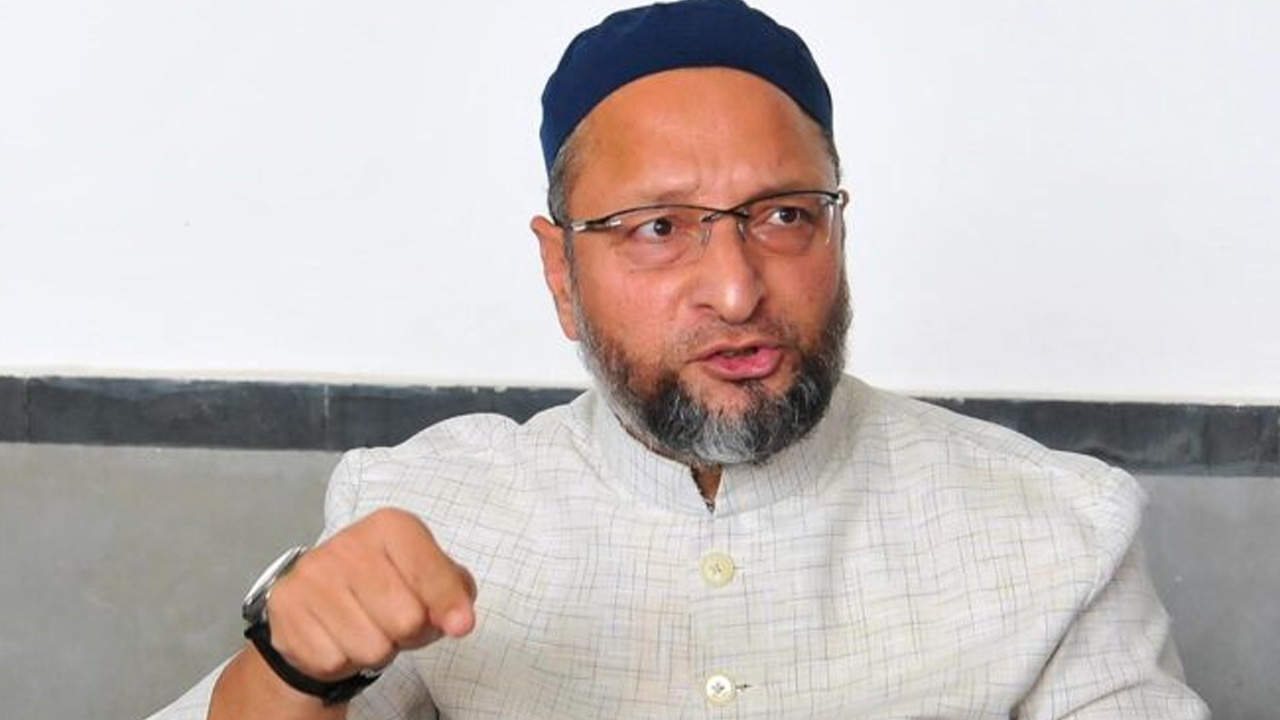