There is increasing trend towards vegetarianism ie plant based diet all over the world. At the same time some people also avoid animal based products due to fasting in Navratri. Vegan milk option can be especially beneficial for such people.

Plant-based milk or vegan milk is a lactose-free alternative to animal-based milk. There are several reasons to switch to this plant based option.

One reason is that plant-based milk has a great flavor and low fat. Vegetable based milk is also very suitable for those who like to eat vegetarian or vegan.

Soya milk has the highest nutrition as cow’s milk. It is by far the most popular milk substitute. It is moderate in calories and protein, Good source of calcium. Soy milk contains compounds called isoflavones and phytosterols, Which cancers, May reduce the risk of heart disease and osteoporosis.

It is suitable for a wide range of purposes and cooking, Can also be used for baking or coffee. The special thing is that like milk of cow, soya milk is also available in different flavors., Such as vanilla, Chocolate or making.

Rice milk is less likely to cause food allergies than any other milk., Because it is completely lactose free. It has a naturally sweet taste and can be used for cooking and baking.

Rice milk is very low in calories, Which is mostly from carbohydrates. It contains very little protein or fat. Since rice milk is a thin milk. Therefore it is less suitable for coffee.

Coconut milk is usually available in cans for cooking. This is a great option for cooking, Gives the food a delicious aroma. 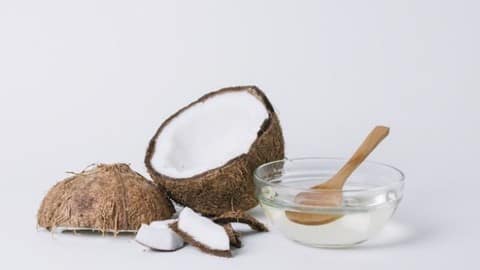 Coconut milk is delicious in all kinds of dishes – From curry to vegetable, Soup, Smooth, It can be used in chia seed pudding and even ice cream. A cup of diluted coconut milk to drink is a great alternative to coffee or oatmeal.

Cashew milk has a special nutritious taste. Due to which it is suitable for the people. The fat contained in it is mostly heart-healthy un saturated fat and can be a great option for people with diabetes., Those who need to consume carbohydrates. Cashew milk contains carbohydrates. Its use in coffee is also evident.

Rich in nutrients, Almond milk is quite different from soy or dairy milk. It contains fewer calories and very less protein. A low amount of fat in almond milk is healthy unsaturated fat. Homemade almond milk can be a rich source of calcium, Which depends on the amount of almonds used. It contains powerful antioxidants, Which can have a protective effect against cancer and heart disease.

It has a mild nutty taste and is a good choice for eating with cereal. Almond milk is less suitable for coffee, Because it has a flakey consistency.

Oats milk is slightly sweet, with less fat. It contains a moderate amount of calories and contains more protein than other plant-based milk. Also, fiber also contains a good amount of it, Which keeps your digestive system better. Low cholesterol oat milk has more carbohydrates and sugar than many other milk. This is why diabetics should avoid it.

Also read- Saffron milk is very beneficial in pregnancy, know when and how to consume it

From increasing immunity to controlling blood pressure, learn the unique benefits of spinach for health

Navratri 2020 Fasting Rules: For the first time you are keeping the fast of Navratri so keep these important things in mind, we will not feel weakness

Weight loss: By eating rice in this way, you can reduce your weight

Dieticians are telling 5 mistakes of Navratri fast that increase weight