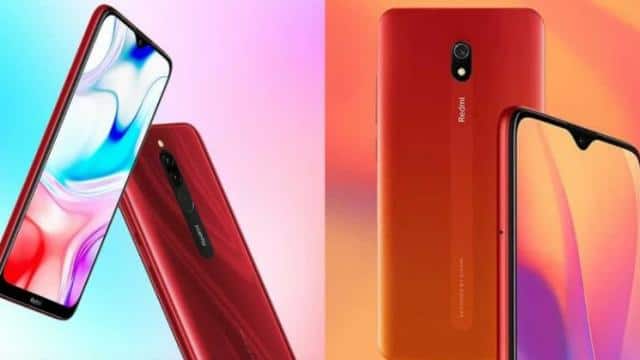 You can also update manually

Users who have not received push notifications for new updates can manually install this update. For this, they have to go to the settings of the phone. For this, first go to Settings and go to the About phone option. After this, go to the system update option and click on the new update. Talking about the features of this new update coming in Xiaomi, it is going to be different from other updates. The MIUI 12 update will feature Dark Mode 2.0, new visual design, super wallpaper, new animation, separate and new gestures, health tracking, AI calling and brand new privacy features.

Redmi 8 smartphone has a 6.22 inch (15.8 cm) dot notch display. It has a Qualcomm Snapdragon 439 processor. The front of the phone has an 8 megapixel camera for selfie. Along with this, the 12-megapixel Sony IMX 363 sensor has been given in the back of the phone. It also has AI Portrait Mode. Type-C USB is provided in the phone. Redmi 8 has a 5,000 mAh battery with 18W fast charging.

Redmi 8A and Redmi 7A features and specifications

Talking about Redmi 8A, it comes in the ultra budget smartphone category. The phone comes with a 6.22-inch HD + display with 720 × 1520 pixel resolution and triple card slot. The handset has a 12-megapixel single rear lens for photography and an 8-megapixel selfie shooter. At the same time, the Redmi 7A phone launched in 2019 is powered by the octa-core Qualcomm Snapdragon 439 processor. The device comes in 2 variants – 16GB and 32GB and it has a 4000mAh battery for power backup.

These smartphones of Motorola are getting the biggest Android update, see which phones in the list

Realme’s smartphones, TV are also getting great discounts at a discount of 7 thousand rupees

Up to ₹ 10,000 discount on many smartphones including iPhone, Flipkart sale starting today