Read: Samsung Galaxy M21 will be launched in India on March 16

Design of samsung galaxy s20 plus
The designs of phones launched by Samsung this year are good and the designs of premium phones also attract a lot. The width of this phone is average. The back panel is curved, due to which the grip on it becomes good. The edges of the phone have aluminum and it is glossy. Voice Assistant Bixby can be activated only with the power button provided in this phone. This phone has a 6.7-inch QHD Plus Dynamic Amoled display, which supports HDR10 Plus and has a punch hole for a selfie camera on the top. Punch hole does not create any kind of bottleneck in video and gaming. In addition, the company has given Corning Gorilla Glass 6 for screen protection. IP68 has also been rated for Water and Dustproof. Overall, this phone is fantastic in terms of design. The price of this phone is Rs 73,999. 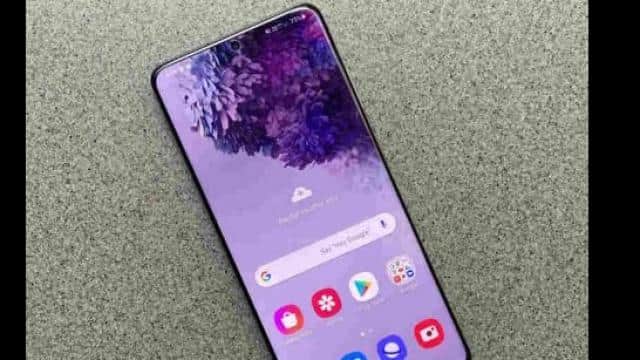 Read: Vivo Nex 3S 5G launched with Snapdragon 865, it has a waterfall display

Samsung galaxy s20 plus performance
Samsung has used its own processor Exynos 990 in this phone, which will compete with Qualcomm’s Snapdragon 855. Also, Mali G77 GPU has been given in it. We watched games, photography and many tasks on this phone, in which it performed brilliantly. In such a situation, we can say that this phone works better than Galaxy S10 Plus and Galaxy Note 10 Plus. Also, 120Hz display was enjoyed separately. The 4500 mAh battery given in this phone also gives a full day backup and also takes less time for charging. It takes about 60 minutes to fully charge this phone. Let us know that this phone also has wireless power sharing feature, which works well.

This Samsung phone comes with 30x hybrid zoom. Along with this, artificial intelligence is also supported for the camera in this phone, which is very helpful for better photography. Optical image stabilization is also a better feature. The main camera in this phone is 64 megapixels. Overall, the colors of the photos taken from this phone come real and you will also enjoy doing photography. Its zoom can be helpful for your photography. Also Night mode works well as well. Even in indoor photography, this phone works well. Not only this, it is also a good option for closeup photography. Videography also has a live focus video mode. Overall, the Samsung Galaxy S20 Plus is a value for money phone.