The Samsung Galaxy M42 smartphone is quite sleek. Its thickness is 8.6mm and weight is 193 grams. Due to this there is no problem in holding the phone. The speaker grill, microphone and 3.5mm headphone jack have been given at the bottom of the phone along with USB Type-C port. The SIM tray of the phone is on the left side and you will get to see the secondary microphone on the top edge of the phone. Overall, this phone impresses a lot in terms of design.

There is a lack of display with Full HD + resolution
Samsung is offering a 6.6-inch HD+ AMOLED display in this smartphone, which comes with a refresh rate of 60Hz. The price with which the company has launched this smartphone definitely misses the display with full HD + resolution. There are many smartphones that are priced less than the Galaxy M42, offering Full HD+ resolution with a refresh rate of up to 120Hz. Why the company only gave HD + display in Galaxy M42, it is a bit beyond comprehension. Due to the lack of Full HD + display, you may not get the best screen experience in it. The indoor brightness of the phone is quite good. At the same time, the outdoor experience can be called fine. The special feature of the display is that you will get an in-display fingerprint sensor in it. However, if the company wanted to know the opinion of users, then they would have preferred Full HD + AMOLED display instead of in-display fingerprint sensor. The side-mounted fingerprint scanner is also not bad for biometric security. Samsung Galaxy M42 lags behind in terms of display, but in normal use you will not have much problem with it.

The performance of the smartphone is strong
In terms of performance, this smartphone will not disappoint you. With up to 8GB of RAM and up to 128GB of internal storage, this phone is powered by a Snapdragon 750G processor. There is no problem in this phone during gaming and multi-tasking. We had a 6 GB RAM variant of the phone and gaming and multi-tasking can be done comfortably in it. In the phone, we played the Call of Duty mobile game for a long time, in which the phone did get a little hot. The fingerprint sensor of the phone is also very responsive and unlocks the phone without any hassle even the first time. In terms of performance, the Galaxy M42 can be trusted and you will not have any complaints in this. The phone has a 5000mAh battery, which lasts a whole day in average usage. We did a lot of gaming on this phone and watched online videos. With all this, the phone comfortably worked on a single charge for the whole day. The phone comes with 15W charging. However, Samsung should provide at least 25W charging with this phone. It takes about two hours to get fully charged with a 15W charger.

good camera performance
The rear camera setup given in the phone for photography is quite spectacular. You will find four cameras on the back panel of this phone. It has an 8-megapixel ultra-wide angle sensor with a 48-megapixel primary sensor, a 5-megapixel depth sensor, and a 5-megapixel macro sensor. Samsung’s camera software is very good and the AI ​​of the camera app helps you a lot to take the best shot. 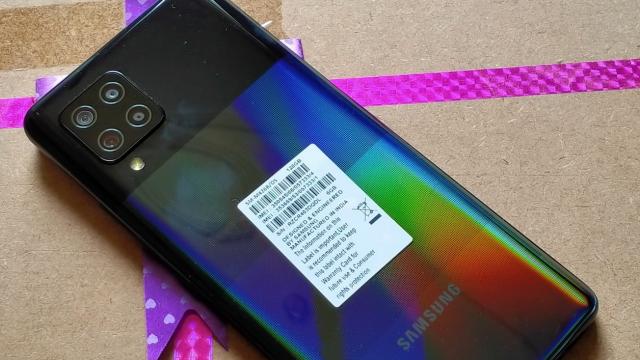 During the day, the rear camera of the phone gives very clear and sharp output and the colors of the photos taken look quite bright. Detailing of pictures is also good. Clarity is a bit low at ultra-wide angle compared to the primary camera, but it is quite difficult to catch. However, due to the low resolution, you will not see the sharpness that is found in the primary camera in some photos. Talking about the depth sensor and macro camera, then close shots are very good with them and you will also like the background blur of the camera. Buy or not?
If you want to get a 5G smartphone in the range of 20 to 25 thousand rupees, then this can prove to be a good option for you. At the same time, some users may miss the full HD + display in it. This phone is a very good package in terms of performance and camera.